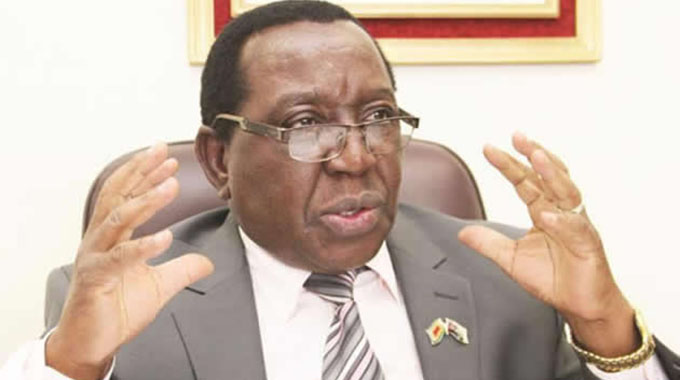 PRESIDENT Mnangagwa will not hold a Zanu-PF star rally in Matabeleland South tomorrow as earlier announced.
Zanu-PF national spokesperson Cde Simon Khaya Moyo yesterday said the Matabeleland South rally would be held at a date to be advised.

He made the clarification following media reports claiming that the President would visit Matabeleland South tomorrow to monitor projects and hold a star rally.

“The said visit to Matabeleland South Province will be advised at a later date.”
Cde Khaya Moyo said Zanu-PF had set its sights on resoundingly winning the harmonised elections.
He said for the party to achieve its goals, party members should start mobilising votes for Zanu-PF.

“Campaigns for the President and Zanu-PF candidates for the coming harmonised elections to be held on 30 July 2018 must be in full swing from now onwards, as Zanu-PF must win resoundingly like it did in 2013,” said Cde Khaya Moyo.
“Unity and peace are the watch words. Forward to total victory.”

Zanu-PF on Tuesday and Wednesday this week held a healing and reconciliation workshop for the party’s winning and losing candidates in Harare.

During the workshop, President Mnangagwa urged Zanu-PF members to work towards delivering an election victory for the party.

In an interview, Matabeleland North provincial chairman Cde Richard Moyo said the workshop was crucial for party supporters as the primary elections had left Zanu-PF divided.

Cde Moyo, who is the party’s candidate for Umguza Constituency, said provinces were set to hold Provincial Co-ordinating Committee meetings to relay the President’s message to grassroots supporters.
“We learnt a lot through the workshop,” he said.

“It was important for the party as we prepare to campaign for the party. It made us understand that we have to put the party first in all our programmes and our personal interests later.”

Matabeleland North provincial chairman Cde Rabelani Choeni, who lost the Beitbridge Senatorial seat primaries, said the workshop paid dividends as the party prepare for the elections.
He said members would be more united while campaigning for the party.