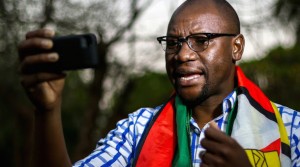 By Langton Ncube| The High Court has acquitted #This Flag Movement; founder Pastor Evan Mawarire of all charges he has been facing.

Mawarire was facing charges of attempting to overthrow the constitutionally elected government of the former President Robert Mugabe after he organised demonstrations against the government.

Mawarire was also charged with organising a protest in New York City, in the United States.

“My fellow citizens it is my absolute pleasure to inform you that I have been acquitted of all charges. Thank you for your prayers and support. Let’s joining hands in building a better Zimbabwe #ThisFlag,” Mawarire tweeted after his acquittal.