Mbada Diamonds to get licence back 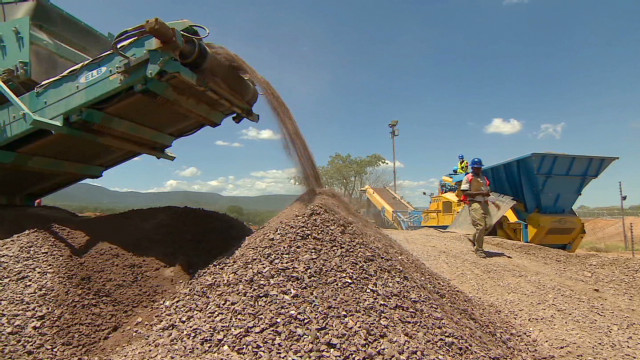 Source: Mbada Diamonds to get licence back – The Zimbabwe Independent June 22, 2018

DIAMOND mining companies that were dramatically evicted from the Marange area of Manicaland in 2016 are expected to get back their licences after the Supreme Court ruled on Wednesday that the government is obliged to re-licence Mbada Diamonds and other affected firms.

In February 2016, the government gave all the diamond mining companies a 90-day ultimatum to remove their equipment after ordering them to halt operations with immediate effect for rejecting a proposal to amalgamate them into the Zimbabwe Consolidated Diamond Company (ZCDC).

The mining companies, including Anjin Investments, Diamond Mining Company, Jinan, Kusena, Marange Resources and Mbada Diamonds, were told that their licences to mine in Marange had expired.

The Supreme Court on Wednesday dismissed with costs an appeal by the Mines and Mining Development ministry, Zimbabwe Mining Development Corporation (ZMDC), Marange Resources (Pvt) Ltd and Zimbabwe Consolidated Diamond Company after finding that Grandwell (Pvt) Ltd was entitled to institute a derivative action to protect the rights of Mbada Diamonds (Pvt) Ltd at its Marange concession.

South African-based Grandwell Holdings has a 50% shareholding in Mbada Diamonds. Government held the other 50% through ZMDC.

Tsanga on April 25 interdicted the ZCDC and the state-owned Minerals Marketing Corporation of Zimbabwe from collecting any gems mined from Grandwell Holdings’ diamond concessions.

Grandwell Holdings argued it had made multi-million-dollar investments in Chiadzwa, but was removed from their concession Mafia-style in 2016 by heavily armed policemen. The company’s diamonds were also seized.

Uchena, Patel and Guvava ruled that Mbada Diamonds had been unlawfully and violently removed from its concession area by former Minister of Mines Walter Chidhakwa, ZMDC, Marange Resources, ZCDC and Zimbabwe Republic Police.

Mbada lawyers Scanlen and Holderness say the ruling is significant in that it brings finality to the matter pertaining to the illegal eviction of the diamond companies.

“The judgement in fact orders ZCDC not to enter the concession area where Mbada was mining prior to its unlawful and violent removal,” the lawyers said.

“In casu, the minister moved with exceeding speed. For six or seven years operations at Chiadzwa had gone unhindered. But on 22 February 2016, in one fell swoop, things were turned upside down. Mining was abruptly terminated, Mbada’s personnel were forcibly expelled from the site; inadequate security had exposed the precious diamonds, the expensive equipment, personal belongings and more to destruction and theft,” Uchena wrote.

“The situation was of dire emergency . . . There had been no let-up in the looting, forcing Grandwell, four days later to run to the law . . . In this case the court a quo (from which) correctly relied on the futility of expecting the first respondent to call for a meeting to resolve that the company should sue the appellants for spoliation as the other equal shareholders’ position on the application was known.”

“There is no doubt in my mind that these facts show that the second respondent (Grandwell Holdings) was removed without its consent. The removal was unlawful as it was carried out without due process. It seems to me the factors which must be proved in order to grant spoliatory relief had been met and the court a quo was correct to grant the order as prayed,” Justice Guvava wrote.

Justice Patel said: “There can be no doubt that Mbada Diamonds was in peaceful and undisturbed possession of the mining location in question at the relevant time, irrespective of the continuity, validity or otherwise of its special grants and notwithstanding the supposed expiry of its right to carry out mining operations in that location.

“It is equally disputable that the appellants, acting in concert, contrived to abruptly and unceremoniously deprive Mbada Diamonds of its possession of the mining location, forcibly and wrongfully against its consent, through the agency of the Commissioner-General of the police and his cohorts.”