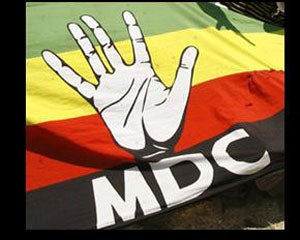 TWENTY years after it was formed amid high hopes, the opposition MDC’s pathway to power remains hazy amid concerns it lacks the gravitas to mount a formidable challenge to dislodge Zanu PF from power.

On the contrary, its nemesis, formed in 1963, managed to win state power just 17 years after its formation, albeit in very different circumstances.
September 11 marked exactly 20 years of the MDC’s existence, the party having travelled a long, arduous journey in which it has gone through several transitions.

At 20, the MDC’s major opponent, Zanu PF, had already formed a government and gathered a formidable force to lead post-independent Zimbabwe. By the time Zanu PF marked its 20th anniversary in 1983, the party was already in government.

One of the key distinguishing factors between the two parties is that from the time it was formed to pursue the liberation struggle, Zanu PF managed to assemble a large pool of thinkers to help articulate its cause on the local and global political arena. But the MDC has relied largely on the charisma and popular appeal of its leadership, from its founding president, the late Morgan Tsvangirai, to the current leader Nelson Chamisa.

It is difficult to say the same of the present-day MDC. While the party has some intellectuals of note, most notably Welshman Ncube (a professor of law), Tendai Biti (a prominent lawyer), David Coltart (another distinguished lawyer) and Chamisa, who is also a lawyer, among a few credible leaders, there is very little quality elsewhere in the party. To his credit, despite his youth and lack of experience, Chamisa has managed to attain respectable academic qualifications which have broadened his intellectual clout to add to his charisma. But beyond these few top leaders, the MDC is pretty much thin on thought leadership.

The aforementioned have over the years gained international exposure, while some had a stint in government during the 2008 Government of National Unity (GNU), affording them some experience at the coal face, but the same cannot be said of the rest of the leadership. Although Chamisa is a charismatic leader who managed to win 43% of the votes in last year’s presidential election, he lacks critical experience and gravitas in the intricacies of statecraft. Another weakness of the MDC is that the party lacks a clear political ideology.

During its time as an opposition party, Zanu PF clearly defined itself as a variant of a Marxist-Leninist movement fighting to liberate the country from white minority settler rule. That ideology was carefully coded, simplified and taken to the masses who responded in kind to deliver independence.

The MDC, on its part, remains without a clear ideological position through which it can sell itself as a real alternative to the ruling party; to the effect that even latter-day opposition parties in other countries, like the Economic Freedom Fighters (EFF) of South Africa, have provided good examples of truly ideologically clear movements.

Whether or not one agrees with what it stands for is another issue, but the EFF has a clearly defined conceptual framework; which basically revolves around the old black consciousness concept underpinned by radical socialist political ideas like expropriation of land without compensation, a war against white monopoly capital and black economic emancipation.

As far as such issues are concerned, the MDC remains unclear. For instance, its latest policy document, Reload, appears to advance a centre-right policies which appears to embrace the Washington Consensus.

Failure to articulate its ideological standpoint has also impacted its policy propositions with regards to the economy, among other propositions, where Zimbabweans are calling on the opposition to provide an alternative. With the MDC leadership dispute resolved a year after Tsvangirai’s death, the MDC should be at the forefront of proffering alternative solutions to the country’s unrelenting economic crisis.

From a social base mobilisation perspective, the MDC has been significantly weakened, especially in rural areas where it has consistently fared badly in polls.
While the party can take advantage of the dire economic situation to garner more support in urban areas, it needs to concentrate on mobilising the rural population.

Chamisa’s popularity in the urban areas is undisputed, but to dislodge Zanu PF, the MDC also needs the rural vote which it has failed to wrest since Tsvangirai’s days.

During the 2018 elections, the nrural vote — the MDC may dispute this — was critical, even though manipulation and rigging of the electoral processes was evident.

To its advantage, Zanu PF has conflated with state, using state machinery, including the state funds and other resources, the military, police and intelligence operatives, for political expediency. This has kept the MDC on the back foot.

Stephen Chan, a professor of world politics at the School of Oriental and African Studies at the University of London, told the Zimbabwe Independent the MDC had done well to challenge Zanu PF, but failed to provide a solution for Zimbabwe during its 20-year existence.

“The MDC was a vibrant opposition party under Morgan Tsvangirai, up to the point in time when it entered the coalition government in 2008. Then, notwithstanding constant impediments put before it by Zanu PF, it discovered how hard it was to actualise reform and introduce new policies,” Chan said. “Under Nelson Chamisa, it does not behave like an opposition party in parliament. It seeks to express opposition in the streets. But, in parliament it has offered no detailed alternative economic programme to that of (Finance minister) Mthuli Ncube. So Ncube leads the economic debate because no one is challenging his policies. I have consistently pointed out the flaws in Ncube’s policies, but it is as if the MDC — while seeking a fairer distribution of wealth — has no ideas about how to generate wealth and therefore recovery,” Chan said.

The only person who has consistently challenged Ncube is former finance minister Biti; Chamisa does it occassionally.

Political analyst Ibbo Mandaza said despite some weaknesses, the MDC still maintains a strong political base amid a political and economic crisis.

“MDC has made its mark on the Zimbabwean political landscape. It was the first opposition which made a mark in post-independent Zimbabwe. This has happened during a time Zimbabwe has been facing the worst economic and political crisis,” Mandaza said.