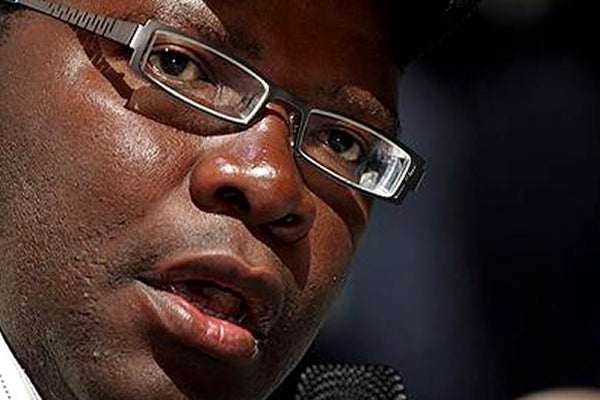 This weekend the MDC will hold its elective congress in Gweru, Midlands province, under the theme Defining a new course for Zimbabwe. This is the 5th congress we are holding since February 1999, when we gathered at the Women’s Bureau in Harare as compatriots and resolved to form a political party that would confront then President Robert Mugabe’s predatory, corrupt and incompetent regime.

This is also the first congress we are holding since the passing on of our founding president Morgan Richard Tsvangirai, a man whose vision and leadership would be remembered by many for decades to come. Only three weeks ago, we gathered in Humanikwa village, Buhera, to pay homage to a man who gallantly fought for a new Zimbabwe in which the people’s aspirations for freedom, justice and equality are realised.

Unlike our opponents in Zanu PF, who abuse State resources at party events, we are holding this congress on a shoe-string budget. Our 7 000 delegates, mostly from the rural areas and the high-density suburbs of our towns and cities, have sold chickens, goats and cows in order to make the journey to Gweru.

Since our formation in 1999, the people of Zimbabwe have always shown they are prepared to underwrite their own struggle, even under the most difficult circumstances.

The MDC was founded on the values of fairness, justice, democracy, rule of law and an abiding commitment to the non-violent pursuit of State power. Since our formation in 1999, we have refused to succumb to Zanu PF machinations to bait us to take up arms of war.

We have endured decades of violent persecution that have seen us being arrested, tortured, maimed and killed by Zanu PF and State security agencies. Dotted across the length and breadth of this country are graves of thousands of our fellow members, who have paid the ultimate price for standing up to a brutal regime whose hands are dripping with blood.

Yet, our commitment to a new Zimbabwe in which citizens are free to pursue a life of freedom, equality, justice and happiness remains unshaken. Our heads may be bashed, our bones broken and we may face the dungeons of death, but the love for our beautiful country and its ingenious people enjoins us to continue fighting.

As we gather in the City of Progress to redefine the people’s agenda at a time when our country is facing monumental political and socio-economic challenges, we do so fully cognisant of the fact that to date, Tsvangirai’s vision of a radically transformed Zimbabweans remains, but a dream. We gather at a time when our country is in a deep crisis, defined by a tanking economy, a restive citizenry facing unprecedented existential despair, a clueless and corrupt ruling elite consumed by a compulsive power retention agenda and a society ravaged by moral decay.

Since taking over power through a military coup in November 2107, President Emmerson Mnangagwa and his acolytes, for decades the enforcers of Mugabe’s brutal dictatorship, have demonstrated shocking incompetency and an avaricious appetite for personal accumulation that has spawned astonishing levels of grand corruption and a capture of the State by crony capitalists.

Mnangagwa’s government is now in the pockets of a coterie of local and international dodgy tycoons, who are out to haemorrhage our natural resources, especially gold and chrome.

Under Mnangagwa’s watch, cartels and oligopolies have taken over the oil industry, causing serious arbitrage that has exacerbated shortages. While his mantra has been “open for business”, Mngangagwa’s government has demonstrated that it is, in fact, open to corruption as demonstrated by the massive looting we are seeing in government and in State-owned Enterprises.

As chair of Parliament’s Public Accounts Committee, I have seen firsthand audit reports exposing deep corruption and shameless bleeding of public resources by senior bureaucrats and managers of State-owned Enterprises. All of this in the face of rising hopelessness and despair among our people, who are struggling to have one square meal a day, thanks to Finance minister Mthuli Ncube’s voodoo economics of squeezing an already starving citizen.

Mnangagwa and his henchmen have also demonstrated their proclivity for using brutal violence against defenceless citizens in order to preserve power and privilege. For those that were gullible enough to believe that the chief architects of Gukurahundi, Murambatsvina, the election violence of 2008 and the violent land reform had turned over a new leaf, the events of August 1, 2018 and January 2019 must have been a sobering wake-up call.

Those who were touting Mnangagwa as a “reformist” and a “Kagame-style pragmatist” must now hang their heads in shame for he is none of those things.

Since taking over power, Mnangagwa has shown that he is willing to undermine Zimbabwe’s democratic institutions in order to retain power. He has not instituted the fundamental economic and political reforms that are necessary to get Zimbabwe working again.

His feeble attempts to repeal repressive pieces of legislation such as Aippa and Posa and replacing them with equally repressive laws will fool no one.

As we gather, we are fully cognisant of machinations by our Zanu PF detractors to emasculate our movement and halt the momentum that Nelson Chamisa’s leadership has generated.

We are aware that Zanu PF, working with some elements of the intelligence services, has set aside a $6 million slush fund to sow divisions in our party, including influencing the outcome of this congress. Such machinations will fail, for we are more united than ever before.

Yes, we have had our fair share of contradictions as, any robust movement should. But we are determined more than ever to remain united as we march towards final victory.

In Gweru, we are going to renew not only our commitment to the non-violent pursuit of State power, but also our undying resolve to confront Mnangagwa and his dictatorship head-on.

We fought Mugabe for more than three decades and we are prepared to fight Mnangagwa until we see a new Zimbabwe in which the people’s inalienable right to the pursuit of happiness is held sacrosanct.

We have taken countless blood blows in this pursuit and we are prepared to take more. At this congress, we are going to agree on a roadmap to a genuine national dialogue that will see all relevant stakeholders including churches, civil society groups, women, businesses, ghetto youths, farmers, war veterans, students, and the diaspora being involved in charting a new social contract for Zimbabwe.

In Gweru, we will reaffirm our resolve to protest peacefully in line with Zimbabwe’s Constitution, as we seek to force Mnangagwa’s government to stop abusing the citizens.

In Gweru, we are going to reinvigorate our courage to face the beast in the eye and demand a new political settlement in which Zimbabwe is the winner.