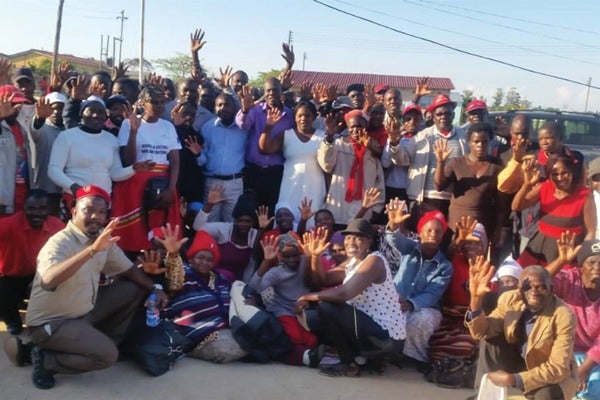 MDC Midlands says it is busy mending cracks that emerged ahead of the 2018 harmonised elections within its structures in Shurugwi South district which saw the opposition party losing the parliamentary seat to Zanu PF.

Divisions rocked the constituency after the seat was allocated to the Welshman Ncube-led MDC in line with the alliance matrix, shutting out a candidate from the Nelson Chamisa-led MDC, Daniel Mabonga, who had earlier been tipped to stand in the polls.

In a move meant to heal the rift, MDC Midlands chairperson Josiah Makombe led a delegation of provincial leaders in reaching out to the district leadership over the weekend, where they held a district assembly meeting at Chachacha Business Centre on Saturday.

“What happened ahead of the 2018 elections will not be repeated again. A candidate who is the people’s favourite should be allowed to stand for the party in elections,” Makombe said.

“As the provincial leadership, we have written to the national executive requesting that Mabonga, who was the favourite of the people be pardoned on his actions of standing as an independent candidate. We wait to hear a response from the top, but our feeling is that he must come back into the fold.”

The gap-filling exercise to replace the late MDC Shurugwi South district chairperson, Pfeveni, had to be deferred after the party structures requested that the case of Mabonga be completed first so that he is allowed to contest for the post.

Shurugwi South MDC organising secretary Usefu Nheredzi told Southern Eye that party structures and grassroots supporters had been pacified by the resolutions of the Saturday meeting.

“What the people want is fairness. We had a person who had helped the MDC grow through donating a truck, regalia, conducting projects for the poor and building offices for the MDC in Shurugwi South being disallowed to stand for the party last year. We then had a new person unknown to us being seconded as a candidate. This created deep fissures, but we are all happy after a frank district assembly meeting held at the weekend,” he said.

Acting Shurugwi South MDC district chairperson Todd Zvidza, pointed out that MDC’s defeat in last year’s parliamentary elections could have been avoided if there were no double candidates, adding that a delegation of party leaders that included chiefs had been sent to Harvest House ahead of last year’s election to pass that message, which was, however, dismissed .

Mabonga said: “Since 2008, I have not stopped working for the people. My trucks are carrying DDF workers to wards to repair boreholes and help improve livelihoods. I am not concerned with positions, but seeing prosperity of our rural folk. People in towns have their roots in rural areas and my wish is that they come back and help develop our area. Our late district chairman Pfeveni was a hardworking person and as MDC people we are pursuing his vision.”