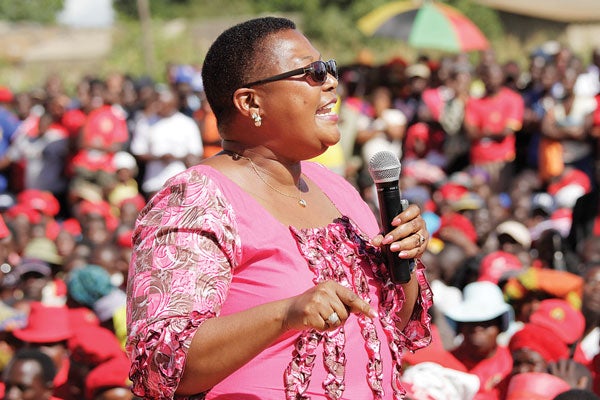 PROPORTIONAL Representative legislator Priscilla Misihairabwi-Mushonga (MDC-T) has welcomed plans by President Emmerson Mnangagwa’s government to impose stiffer penalties on rapists as part of efforts to deal with the crime.

In his speech during the official opening of the Second Session of the Ninth Parliament on Tuesday, Mnangagwa announced that laws would be brought before Parliament to protect children and women from various injustices.

In previous parliamentary sessions, female MPs advocated for stiffer sentences of up to 30 years or more, with some even suggesting castration.Misihairabwi-Mushonga described this as one of the most positive moves Mnangagwa has taken.

“For me, what struck me most during the President’s speech was the issue of sexual offences around mandatory sentences for rape. If that Bill is brought before Parliament, it will solve one of the fundamental issues around violence against women,” she said.

“Some of us (legislators) are about to leave Parliament and if the issue of mandatory sentences for rape is imposed, that will be part of our legacy if this is our last term because we have been advocating for that for a long time.

“We have been waiting for this for years and nothing was happening. We proposed the issue of mandatory sentences for rapists during the late former President Robert Mugabe’s time and the law never saw the light of the day given the male-dominated systems of Parliament.”

“We are impressed with the delivery made by the President because he touched on core issues and measures that the Executive is taking to ensure that issues of the exchange rate that have been causing problems in the country are addressed,” Charumbira said.

He then castigated the stance taken by the main opposition MDC to walk out of Mnangagwa’s speech, saying problems in the country cannot be solved by demonstrations.

“Problems cannot be solved by fighting. We attained peace by putting guns down and they must not play to the public gallery. Political parties should respect the President,” Charumbira said.