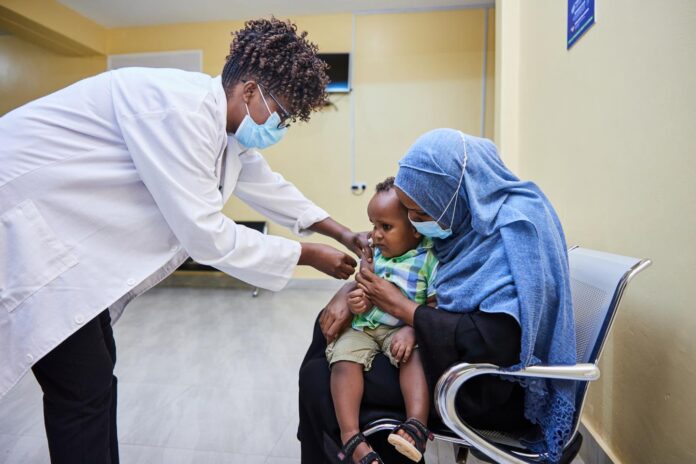 BY WINSTONE ANTONIO
A DEADLY measles outbreak has hit Zimbabwe, killing 80 people so far, while there are 1 036 suspected cases, the Health and Child Care ministry said yesterday.

Measles is a highly contagious respiratory tract viral infection which commonly affects children and is spread through sneezing, coughing and by touching or contact with secretions of an affected individual.

Health and Child Care secretary Jasper Chimedza said the outbreak was reported on April 10 in Mutasa district, Manicaland province, and had spread nationwide, possibly because of church gatherings.

Manicaland has the highest number of 356 cases and 45 deaths.

“These gatherings (church) which were attended by people from different provinces of the country with unknown vaccination statuses led to the spread of measles to previously unaffected areas,” he said in a statement.

Chimedza said the most cases reported were among children aged six months to 15 years and from religious sects who were not vaccinated against measles due to religious beliefs.

“The public is advised that the risk of developing a severe form of measles or dying from complications of measles is very high among unvaccinated children under 15 years,” Chimedza said, adding that the ministry had mobilised adequate human and financial resources from within government and partners to curb the further spread of measles and avoid unnecessary deaths.

“The ministry is increasing routine vaccination to reach above 95% coverage for both first and second doses in children. Additionally, we are instituting a mass vaccination campaign targeting the six months to 15 years age groups regardless of their vaccination status.”

He said parents and guardians in the affected areas were encouraged to bring their children for vaccination and timely management of measles for free to avoid complications and deaths.

“The ministry has activated the rapid response teams (RRT) in all provinces to avert the further spread of measles,” Chimedza said.

“Suspected cases of measles should have specimens collected for testing at the virology laboratory. Specimens to be collected include (throat swabs, nasopharyngeal aspirate, oral fluid, conjunctival swabs, or urine) for viral isolation to confirm diagnosis.

“Other specimens that can be collected are serum/ blood antibody detection or oral fluids for PCR/ genotypes. It is, however, not mandatory to have each, and every case confirmed by the laboratory as clinical diagnosis can be used in the majority of cases.”

Measles symptoms start with a cough, fever and then skin rash.

The high fever usually begins about 10 to 12 days after exposure to the virus and lasts four to seven days.

A runny nose, a cough, red and watery eyes, and small white spots inside the cheeks can develop in the initial stages.

After several days, a rash erupts on the face and spreads to the whole body.