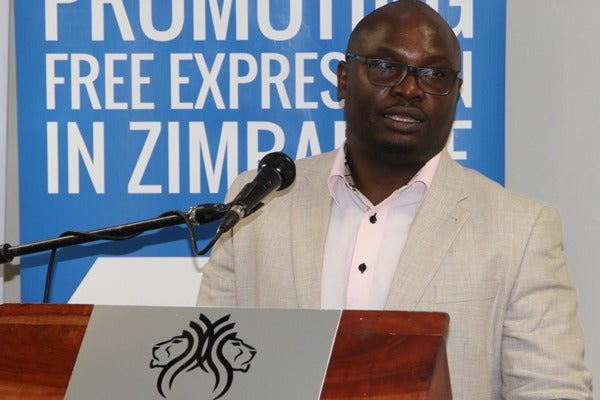 Moyo, who is the director of the Zimbabwe Chapter of the Media Institute of Southern Africa (MISA), will be deputised by Gender and Media Connect (GMC) national director Abigail Gamanya. He said his immediate task was to ensure that the ongoing media law reform process is genuine and that the country has democratic media laws.

“We will not accept piecemeal changes to draconian and outdated laws,” Moyo said.

“Our positions and demands remain unchanged. The ongoing media law reform process should not be seen as an attempt to apply lipstick on a frog nor should it
be reduced to a redundant process that will produce carbon copies of the old laws,” he said.

“MAZ has already raised concern on some challenges that have characterized this process and while we continue to engage the relevant ministries and
parliamentary portfolio committees, we will keep our eyes on the ball and ensure that we are not going to be used as pawns in an illegitimate and insincere process.

“Beyond the media law reform process, we are going to be seized with other media freedom issues, including but not limited to digital rights, a sustainable
media, strengthening media professionalism and the transformation of all State-controlled media into being genuine public service media.” Zirima was optimistic
that the new leadership will steer forward advocacy for genuine media reforms and that while strides have been made, there is still a lot of work to be done.

“It was a great honour to lead the collective efforts of media professional and support organisations in defending freedom of expression in Zimbabwe,” Zirima said. “It has not been an easy road. The media in Zimbabwe is at the crossroads and reforms are long overdue,” he said.