nformation, Publicity and Broadcasting Services Minister, Monica Mitsvangwa addressing Editors and reporters from accross the board during a workshop on Government success stories of STP and NDP1. The workshop is aimed at engaging the media to report objectively on the Second Republic success stories

Government’s economic policy interventions have resulted in several successes which the media should help in unpacking as the country moves towards creating an upper middle income society by 2030.

Measures introduced by the Government include the Transitional Stabilisation Programme (TSP) and the economic blueprint, the National Development Strategy 1 (NDS1), which the media should help in articulating for the public to appreciate achievements to date and beyond.

Information, Publicity and Broadcasting Services Minister Senator Monica Mutsvangwa yesterday implored the media to report responsibly by telling a true Zimbabwean story of a nation on the mend.

She said the Second Republic, through TSP, had scored several successes, adding that the media should play a critical role in contributing to the achievement of Vision 2030. 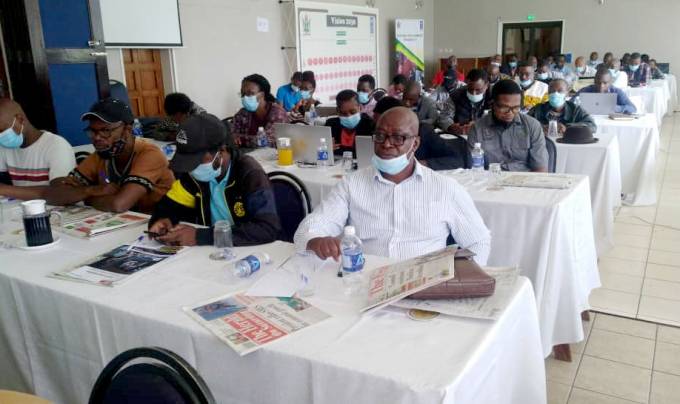 Sen Mutsvangwa was addressing media personnel from across the board who are attending a four-day familiarisation workshop organised by various Government ministries on TSP and NDS1.

The workshop seeks to unpack success stories of the Government’s TSP and the agenda of the recently launched NDS1.

Sen Mutsvangwa said the TSP, which is set to end this month, brought a lot of successes which the media has not been fairly reporting on.

“I am pleased that after Government spent several months formulating the National Development Strategy 1, that was subsequently launched by His Excellency last month, we are meeting with colleagues in the media industry from across the board to strategise on how best to inform the nation on the strategy.

“The major objective of this workshop is to train our media houses on five TSP successes and NDS1 reporting,” she said. 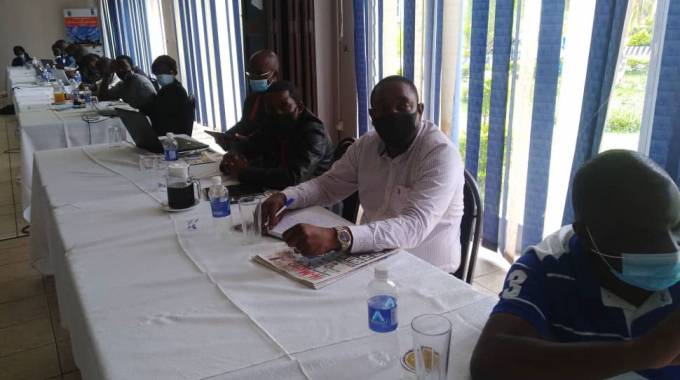 She said objectives set by the Second Republic were to transform the country into an upper middle class economy by the year 2030 hence the need for a vibrant and responsible media industry.

Journalists were Zimbabweans first before they fell into various media categories and groups.

“We have to end this connotation where we say this is private media and this is public media. We are all Zimbabweans and what we need is a Zimbabwean story. We need to know that as media, we have a collective responsibility to tell a Zimbabwean story, we need to define our Zimbabwe and not leave foreigners to define it for us,” she said.

Sen Mutsvangwa said some set goals which could not be achieved under the STP, which ends this month, would be incorporated into NDS1.

“Under the visionary leadership of President Dr Mnangagwa, the Second Republic seeks to transform Zimbabwe into an upper middle income society by 2030. The roadmap towards that included the TSP that began in 2019 and is ending this December. 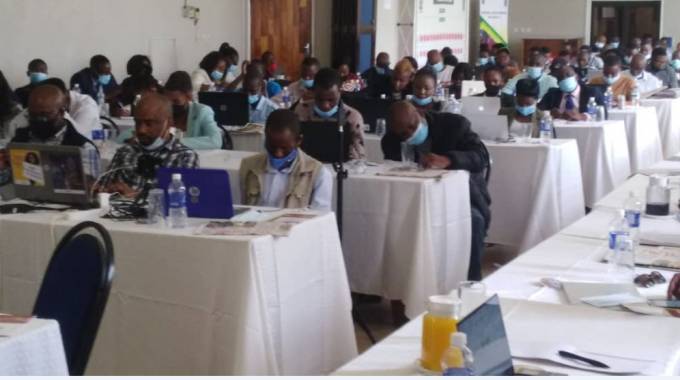 Delegates following proceedings at the meeting

Minister Mutsvangwa said for the country to achieve its set goals, there was also need for peace.

“It is common cause that the pace of development in any nation is correlated to the degree of peace and stability prevailing in that country. It is for this reason that the Office of the Vice President  Kembo Mohadi, which spearheads peace and reconciliation efforts in the country, saw it fit to partner with that United Nations Development Programme whose main mission is to assist Zimbabwe attain its development goals. The workshop will thus, address peace topics highlighting the kind of environment that we should foster to spur national development,” she said.

Minister Mutsvangwa said the fruits of the TSP were beginning to be realised with the country now having surplus money in its accounts.

The country was now riding on a stable economy having managed to tame the runaway inflation.

“Now we are in week 20 of our forex auction system in Zimbabwe and the rate has stabilized. There is price parity after we managed to exorcise the ghost of hyperinflation.

“Zimbabwe is once again a normal economy. Some few years after the November 2017 Operation Restore Legacy, Zimbabwe is now back on track and as the media, we need to highlight this,” she said.

Minister Mutsvangwa said the purpose of the media was to foster development in a country with government being the main source of information.

“Government is the main source of information of where the nation is going. The media, with your communication capacity and capabilities, have the platforms and skills to inform and galvanise the nation to that end. This calls for close collaboration between Government and the media as well as unity of purpose in the media industry in pursuit of our common goals,” she said.