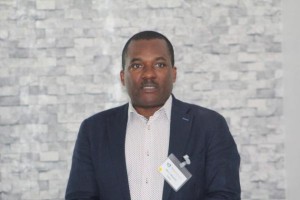 ZIMBABWE’S medical aid societies are opposed to government plans to introduce a law that will compel them to have annual licences, The Financial Gazette has learnt.
Players in the industry argue that the proposal will escalate operating costs and could severely affect businesses amid the current economic slowdown.

“There are certain positions that our industry is advocating. It will be an additional burden to the already high cost of doing business and will make Zimbabwean medical aid societies less attractive, especially given the challenging economic outlook,” CIMAS chief executive officer, Vulindlela Ndlovu said.

“Registration should be once off and there should be annual subscriptions to allow for business continuity. (On) the punitive fines and cancellation of licence in the event of non-compliance with the regulations and the Act, CIMAS’s position is that compliance orders must only be made by a court of law after independent enquiry,” Ndlovu added.

For the past few years, the Insurance and Pensions Commission (IPEC) has been discussing with government the possibility of the regulator extending its oversight to medical aid societies, currently being governed by the Ministry of Health and Child Care.

IPEC said the current legislation already allows it to regulate medical aid societies, although this has never been implemented because of divergent interpretations of the law.

But, it appears the Health Ministry now has the upper hand after it introduced the Medical Aid Regulatory Bill in Parliament last year to regulate medical aid societies.

Analyst said government, which has been criticising some medical aid societies of shortchanging members, does not have the capacity to regulate the societies that have been failing to make payments to health service providers, resulting in patients being asked to pay cash when seeking medical attention.

Last year, doctors threatened to stop accepting medical aid and demanded cash payments from patients. But, government also threatened to cancel licences for medical aid societies who were failing to meet their obligations.