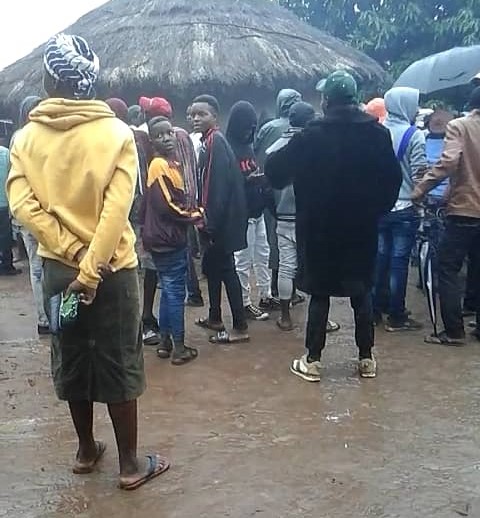 HUNDREDS of villagers under Chief Chitanga area in Mwenezi district have for the past five days been performing traditional rituals on the shores of Runde River, where a girl vanished 11 years ago, in the hope she will return.

The villagers have been singing and dancing day and night since Wednesday last week at the spot where the girl, Vongai Mateza, was last seen taking a bath.

Officially, she is believed to have been snapped by a crocodile, but since her disappearance in 2010, her family and the community have always believed she was seized by mermaids and would one day return.

In Zimbabwean mythology, mermaids appear as aquatic creatures with the body of a female human and tail of a fish.

They are known to lure people with their beauty and soothing music before taking them down, often spending decades before they return them as powerful healers.

What further entrenches the villagers’ belief is that upon her disappearance, Vongai’s body was never recovered. Most crocodile attack victims are later found with some body parts missing.

The search party only managed to recover her undergarments.

“The ceremony is being carried out day and night punctuated by drum beats, song and dance as well as beer drinking while sangomas are taking turns to perform rituals trying to bring back the girl from the waters. It is said the ceremony can last up to three months or until the girl comes out,” a villager, who declined to be named, said.

Chief Chitanga confirmed the ceremony in an interview with NewsDay yesterday saying.

“I heard about it, but I am yet to get finer details of what is going on. I have to make a phone call to the headman for finer details,” he said.

The village head, one Hlaisi, could not be reached for comment on his mobile phone.

This comes barely a year after another family engaged some sangomas, who performed rituals at the scene of their daughter’s disappearance for several days.

In that incident, Rowai Chihwakwa, who is said to have been eight-years-old when she went missing for 40 years after she was allegedly snatched by mermaids, resurfaced.

Rowai was said to have been grabbed by a mermaid when she was bathing along Matande stream, which feeds into Runde River, when she was just eight.

Chief Negari confirmed that the Chihwakwa family spent several years trying to retrieve their daughter from the underground spiritual world.