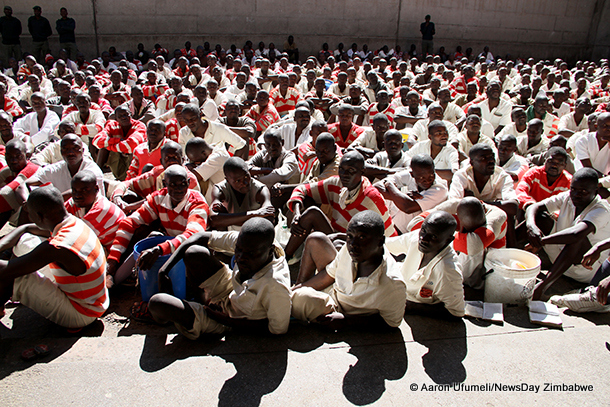 PRISONS in Midlands province have been experiencing overcrowding due to COVID-19-induced trial backlogs.

This was disclosed by the police officer commanding Midlands province, Senior Assistant Commissioner Nelson Chikwature at a workshop in Gweru last week.

The workshop was organised by the Zimbabwe Association of Organisations Working with Prisons and Prisoners.

Chikwature said overcrowding was being caused by inmates on remand.

“We have a backlog in courts as result of COVID-19 and as a result we are experiencing congestion in our prisons,” Chikwature said.

“The overcrowding is mainly from inmates who are on remand and despite the courts resuming operations, this backlog is yet to be cleared.”

He, however, ruled out COVID-19 fears due to overcrowding.

“Generally our inmates are in good health and safe from COVID-19 infection although the congestion is worrisome,” he said.

In January, government suspended all regular court operations following a spike in COVID-19 cases. Although the courts have resumed business, they have been struggling to clear the backlogs.

Last week, government launched the process of releasing 3 000 prisoners under a presidential amnesty to ease congestion in the country’s prisons.

The prison facilities  have a carrying capacity of 17 000 prisoners, but are holding in excess of 22 000 inmates.