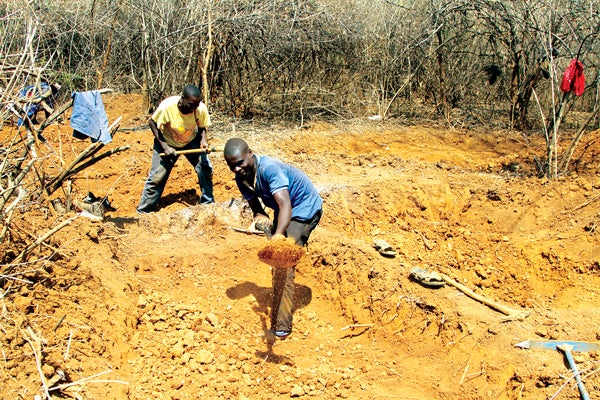 ZIMBABWE’S mineral sales, excluding gold and silver, are expected to close the year at US$1,8 billion, 6% above last year’s figures, the Minerals Marketing Corporation of Zimbabwe (MMCZ) has said.

From January to October this year, mineral earnings have amounted to US$1,6 billion against a projected target of US$1,8 billion.

Last year, the country raked in US$1,7 billion in mineral sales.

MMCZ is an exclusive agent for marketing and selling of minerals produced in Zimbabwe, except silver and gold, that fall under the ambit of Fidelity Printers and Refiners.

MMCZ general manager Tongai Muzenda told NewsDay Business that mineral earnings for the first 10 months of 2019 slightly missed the target due to a number of challenges bedevilling the mining sector, among them, power cuts.

“There are other smaller minerals which we must work on and try to grow them like your granite, your petalite and so forth. Granite alone contributed about US$21 million to this number. In essence, that is what we have. Hopefully in the next two months, we should be able to get at least US$1,8 billion or hopefully more billion dollars at the end of the year,” he said.

“So we must not complain too much. You see the prices of PGMs have gone up especially on rhodium. In terms of contribution to the US$1,6 billion, almost a billion dollars is from PGM concentrates,” he said.

The country’s PGM producers are Zimplats, Unki and Mimosa.

“On diamonds, which is our national interest always, total sales were about US$142 million for the 10 months to October. Other interesting metals are ferrochrome, chrome ores, chrome concentrates and high carbon ferrochrome, which was US$254 million, which is not bad,” he said.