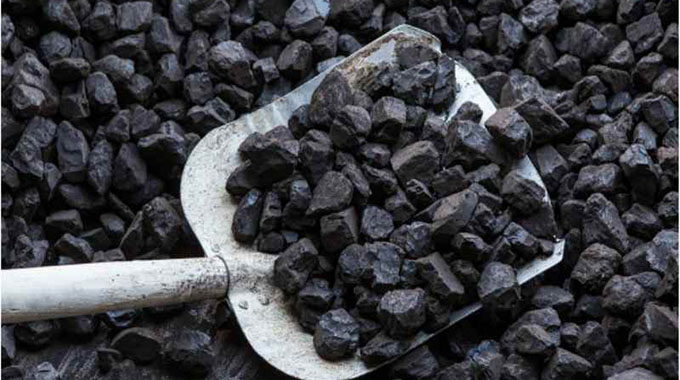 Martin Kadzere Senior Business Reporter
Zimbabwe’s coal miners are seeking a 25 percent increase in the price of coal they supply to Zimbabwe Power Company (ZPC), a subsidiary of State-owned ZESA Holdings to enhance the miners’ viability, an industry body has said.

This may result in price increase of electricity as coal constitutes almost 50 percent of the cost of producing thermal power.

Coal Producers Association (CPA), which represents major miners including Makomo Resources, Hwange Colliery Company Limited and Zambezi Gas, has also requested to retain 80 percent of export earnings from 45 percent, arguing this would help the industry to meet its production inputs, which require forex.

CPA chairman Ray Mutokonyi told Herald Business and Finance that the coal sector has been experiencing viability challenges due to unviable price of coal to ZPC, low foreign currency retention thresholds and shortage of foreign currency.

Mr Mutokonyi said such challenges have directly resulted in lower and inefficient production by coal miners and, if not resolved, the sustainability of the industry as well as electricity generation would not be guaranteed.

Concerned with “lack of capacity” by local miners, ZESA is already considering investing in coal mining to ensure guaranteed supply of fossil fuel, especially when Hwange unit 7 and 8 come on line in 2022. The power utility will be seeking legal recourse to reclaim it coal concessions in the western areas in Hwange district.

The coal price has been fixed at US$26,50 per tonne since July 2011 — now being paid in local currency at the prevailing interbank exchange rate. Mutokonyi said all inflationary pressures since then have been absorbed by the miners. He said the average cost for mining, processing and delivery of coal to Hwange Power Station is US$30,30 per tonne. Regional comparisons for similar coal mines in Botswana and Zambia place the price of similar power coal at average US$40 per tonne. South Africa has a wide range from US$20 to US$50 due in part to the structured prices infused into the mine financing models provided by Eskom, its power utility.

“A base price of US$33 per tonne, linked to the interbank rate, for coal delivered to Hwange Power Station increase in export proceeds retention to 80 percent from the current 50 percent would enhance the viability of the miners.

“We even made recommendations to the Treasury but we haven’t received any response.”

The coal miners supply 90 percent of its output to Zesa’s thermal stations in Hwange, Bulawayo, Harare and Munyati, while 10 percent, mainly coking coal is exported.

“Given our commitments to ZPC and local industry, less than 10 percent of our combined output is exported. Notwithstanding this, the industry has to meet 45 percent of its production inputs in foreign currency. This relates to continuous recapitalisation, equipment spares and explosives. Without on-going maintenance and replacement of machinery and equipment, no sustainable supply of coal is possible,” said Mr Mutokonyi.

While no comment could be obtained from Energy and Power Development Minister Advocate Fortune Chasi and from Zesa, by the time of going to print, the power utility recently flight a tender seeking consultancy services for establishment of coal price.