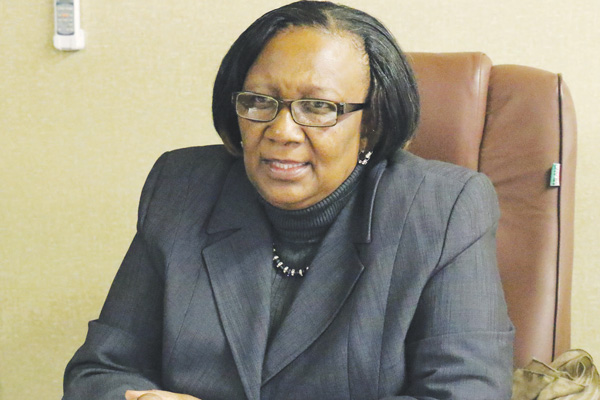 PRESIDENT Robert Mugabe will have to explain his order to have “Green Bombers” fired by government re-instated, Public Service minister Priscah Mupfumira has said.

Mupfumira told NewsDay last week that she had not given authority to the Public Service Commission to “retire” more workers, as reports emerged of letters flying around forcing thousands of civil servants into retirement.

“We might need to engage the President on his pronouncement that those that have been relieved of their duties be re-instated. We need to understand and have him explain a bit more on that issue,” she said.

Mupfumira seemed to indicate that Mugabe was ill-informed.

“These are people who were affected by the government’s staff audit. It is nothing new. Unless the PSC has done that behind my back, but they would not,” she said.

In his address at a youth rally in Chinhoyi last week, Mugabe claimed that he had not been consulted when government terminated contracts for over 2000 youth officers and ordered their immediate reinstatement.

This is in spite of Finance minister Patrick Chinamasa agreeing with Mugabe on the need to implement public service reforms as part of measures to access cheap budgetary support to expedite Zimbabwe’s re-admission into the international finance system. The government has a reported 500 000 strong workforce which gobble over 90% of its revenues.

But despite Mugabe’s rant, government seems to be continuing with the process. NewsDay is in possession of a copy of a notice that quotes Statutory Instrument 1 of 2000, written to some civil servants who were being forced into early retirement.

“In terms of Section 18 (5) (i) and (ii) of the said regulations you are hereby notified of the Commission’s intention to retire you and offered the opportunity to make representations in writing for the Commission’s consideration,” read the letter, giving workers two weeks to respond.

But, Mupfumira said she was unaware of the alleged circular.

“I am not aware of that process (to retire workers). We only know that some people were recommended for retirement because their positions were made redundant after the staff audit. You could find out from the PSC,” she said.

Mugabe at one time came short of describing Chinamasa as an “enemy of the State” after the Treasury chief announced the suspension of bonuses to civil servants on two separate occasions in the past two years.