PRIMARY and Secondary Education minister Paul Mavima has been convicted of contempt of court and has been given up to seven days to reinstate a fired school teacher or risk serving a 90-day jail term. 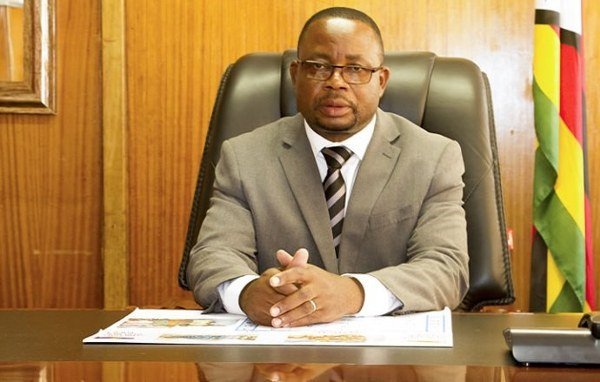 Mavima was convicted by the High Court last week after he together with officials from his ministry, ignored a court ruling of September 19, 2018, ordering them to reinstate a female teacher, Patricia Chifodya, whose contract had been terminated under unclear circumstances.

The order committing the four top government officials to prison was issued by High Court judge Justice Clement Phiri on December 3, 2018, after making a determination that the quartet had failed to abide by Justice Nicholas Mathonsi’s court ruling.

“The application for contempt of court be and is hereby granted. The respondents (Mavima and colleagues) are hereby ordered to purge their contempt by complying with paragraph 1, 2 and 3 of the court order in HC2650/15 within seven days of this order,” Justice Phiri ruled.

“In the event that the first, second, third and fourth (permanent secretary in the Ministry of Primary and Secondary Education, secretary for Primary and Secondary Education, PSC chairperson and Mavima) respondents have failed to comply with the above mentioned paragraphs, they are hereby held to be in contempt of court and are hereby committed to civil imprisonment for a period of 90 days. Respondents are ordered to pay costs on a punitive scale.”

According to the court papers, Chifodya filed the court application for contempt of court on October 25, 2018 through Mugiya and Macharaga Law Chambers.

In her founding affidavit, Chifodya said she was informally suspended by Mavima and his subordinates through her school head in October 2017 and no reasons were given to her for such a decision.

“When I asked my headmaster (name not given) he told me that no reasons were given and he had been instructed by the respondents to relieve me of my duties at Rusike Primary School,” she said.

“I was never called by the respondents to be told of the allegations that had led to my suspension and cessation of my salary. This only came after contacting the respondents, fruitlessly demanding to know and understand why my salary was cut and why I was being forced to provide free labour after my reappointment.”

Chifodya said on November 8, 2018 she engaged the Progressive Teacher’s Union of Zimbabwe who then wrote to the Education ministry, but the latter chose to ignore it.

“The matter was heard on September 19, 2018 before Justice (Nicholas) Mathonsi, who granted the application and confirmed my prayer that my discharge from employment as a teacher was unlawful and wrongful….and that respondents be directed to reinstate me forthwith or at least not later than seven days, without loss of salary or benefits. The respondents were ordered to pay costs of suit.”

Several other government ministers have of late been convicted of contempt of court for defying court orders.