Minister in trouble over gold mine

Source: Minister in trouble over gold mine – The Zimbabwe Independent 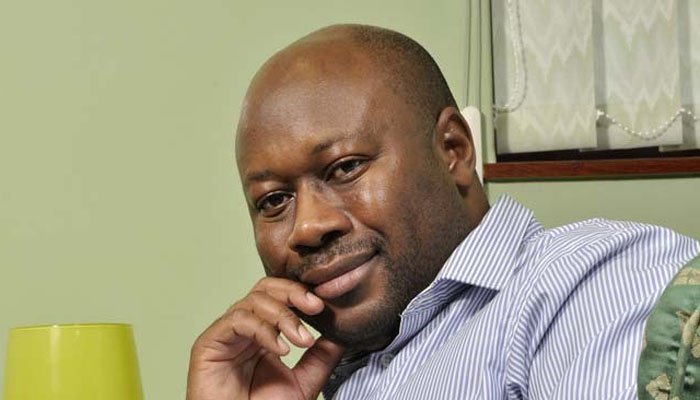 SHAME MAKOSHORI
SPARKS flew in the Ministry of Mines this week, as the long-running dispute over Ran Gold Mines, a 122-year-old asset in Bindura, took a new twist, with an angry party to the deadlock accusing Mines minister Winston Chitando of overturning a Supreme Court order.

The broadsides were fired after Chitando, who last week came under fire from the President’s Office to act on a sea of disagreements over minerals claims, ruled on Monday that the gold mine at the heart of confrontations between mining executive Jack Murehwa’s G&P Industries and Ran Mines and businesswoman, Angeline Munyeza’s Blackgate Investments belonged to the Murehwa consortium.

“In light of these findings, the certificates issued to Blackgate Investments were issued in error. I hereby cancel certificates of registration numbers 36 375 and 37 353 respectively,” Chitando said.

But yesterday, an angry Munyeza rejected the ruling. She accused Chitando of avoiding slipping into contempt by avoiding a key Supreme Court order in coming up with the determination.

She said the dispute over Ran Mines was fraught with irregularities from the start when “your ministry adamantly stood by the fraudulent ‘letter’ produced by Jack Murehwa in a hearing held on February 6, 2020.

“Your determination has made us question the constitutional adherence of your office as this action is detrimentally ground-breaking and unheard of. It implies the precedence of a minister overturning an order from the highest court in the land, thus depicting your office as a supposed superior arm of the law which acts above the law itself.

“It is rather baffling that a whole minister can use the word ‘error’ to adjudicate a dispute that has been ensuing for more than a decade and deem it as conclusive. We are a business which was built on a patriotic mantra and we believe that your decision could only be equivalent to staging a coup d’etat . . . this is appalling in professional conduct for a minister to overturn a ruling made by an esteemed bench of judges that sits in the highest court in the land. In culmination from our assertion your determination is unlawful in the sense that you have not fulfilled the Supreme Court order hence it renders the Ministry of Mines in contempt of court and continues to be the instigator of this never-ending spiral of injustice that prejudices the nation of the much-needed development,” Munyeza said.

Fighting reached a tipping point two weeks ago when G&P Industries said it was pressing ahead to extract its first bullion at the mine in 22 years, while rivals at Blackgate Investments warned that sinking shafts at the operation was illegal until the government makes a determination over ownership.

Documents seen by the Zimbabwe Independent indicated that Blackgate holds permits demonstrating ownership to the goldfields, which have now been cancelled.

The Independent reported last week that in a 76-page letter submitted to President Mnangagwa in December, Blackgate claimed that G&P Industries had warned them to tread carefully as the asset belonged to the feared late strongman, Robert Mugabe and his family. The letter claimed that after Mugabe unceremoniously left power in 2017, G&P somersaulted and claimed that Mnangagwa had taken over the asset, which collapsed in 1999 before attracting armies of artisanal miners.

G&P has indicated that it has a US$6,5 million war chest to rebuild Ran Mines, which made headlines in November, after its shafts collapsed under heavy flooding as torrential rains swept through Zimbabwe.

In her letter to Mnangagwa, Munyeza said Zimbabwe lost about US$500 million in potential gold exports during the prolonged dispute. She said Blackgate identified Ran Mines after previous owners left, but ran into problems after being swamped with complaints that it had intruded into G&P claims. She said in November the government took the warring to the mine, but she was shocked when G&P said she must “keep quiet because the mine belongs to the first family”. Munyeza is seeking clarity if it was true that Ran Mines’ ownership had transferred from Mugabe to Mnangagwa.

“It is in your best interest that I bring your attention to an issue of paramount importance that if left derelict, could derail and negate the efforts that are being made towards establishing a US$12 billion mining industry by 2023 — fighting the scourge of corruption that could ultimately result in the perpetuation of the abuse of your name and family by cunning, unscrupulous individuals within society,” Munyeza said.

“The dispute in question has been a prolonged one . . . emanating in 2008 . . . characterised by alarming levels of corruption within the Ministry of Mines and gross abuse of the name of the late President Robert Gabriel Mugabe as well as yours and your family members. These occurrences have led us to seek clarity . . . and . . . impartial recommendation as this matter infringes negatively on your reputation and integrity as you are the chief steward of the country,” Munyeza said.

Last week, presidential spokesman, George Charamba said there was a worrying trend of conflicts over claims that the Mines ministry has failed to address.

“I cannot confirm that we have received the letter as the President’s Office,” Charamba said.

“Maybe it is still on its way, but this is a clear message to the Ministry of Mines that the whole regime of assigning titles to claims must be tided up. I am sure there is a need for intervention from the high office,” Charamba told the Independent.