Minister must explain who Zimbabwe Airways is 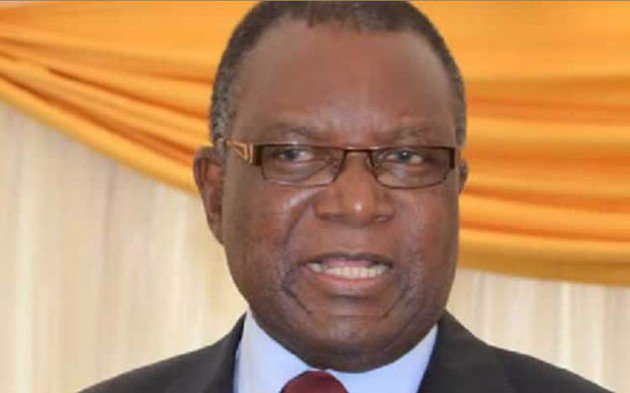 Source: Minister must explain who Zimbabwe Airways is – The Zimbabwe Independent November 3, 2017

Something is rotten in the Transport ministry. A scandal of epic proportions is unfolding and nothing is being done to stop it. Parliament has gone to sleep, civil society is obsessed with petty issues, journalists are finding it difficult to ferret out meaningful information and there is no incentive for whistle-blowers to rise to the occasion.

Through corruption, mismanagement and incompetence, Air Zimbabwe has been plundered and vandalised for decades.

Amid this decay, we have witnessed a shocking spectacle: the Transport ministry has teamed up with shadowy characters and members of President Robert Mugabe’s family to actively promote the creation of a new private airline, Zimbabwe Airways.

Transport minister Jorum Gumbo has travelled to Malaysia on a mission to clinch an aircraft deal for the new airline. So far, four Boeing 777 long-haul jets have been obtained on lease and millions of dollars splashed on the project.

Gumbo’s stance is baffling. He says Zimbabwe Airways is a private company and yet the minister is criss-crossing the globe frantically trying to stitch together some opaque deals on the airline’s behalf. What is Gumbo’s brief? More importantly, what is he benefitting and what does the nation stand to gain from this private company whose ownership is shrouded in secrecy?

The scandal does not end there. Gumbo says Mugabe’s son-in-law, Simba Chikore, who is also AirZim’s chief operating officer, is “giving advice” to Zimbabwe Airways. His controversial role in this new airline is fraught with serious legal and ethical ramifications. How can Chikore serve two competing airlines at the same time? It has to be remembered that AirZim CE Ripton Muzenda was suspended by the company board last month under yet unclear circumstances. Who exactly is running AirZim while Mugabe’s son-in-law dispenses advice to a rival airline? Whichever way you look at it, the collapse of AirZim is a national tragedy.

Ask any frequent traveller, there is no better feeling in the world than seeing an aircraft belonging to your national airline at a foreign airport thousands of kilometres away from home. When you land at Guangzhou Baiyun International Airport in China or at Dulles International Airport near Washington DC, one of the first observations you make is that all serious countries are represented by impressive fleets of ultra-modern aircraft on the taxiway. The airports feel like a mini-United Nations. Ethiopian Airlines, South African Airways, EgyptAir, Kenya Airways, British Airways, Emirates Airlines, Qatar Airways, Singapore Airlines . . . these countries operate superb planes.

A Zimbabwean arriving at such major airports faces instant humiliation. There is a painful reminder that, while other countries have aviation assets to be proud of, our own AirZim has collapsed into oblivion. When a national airline collapses — as AirZim has done so spectacularly — the citizens’ collective identity is violated. The International Air Transport Association reports that 2016 was a remarkable year for African aviation safety and passenger demand is projected to grow by 7,5% this year. AirZim is nowhere to be found while public officials scandalously prop up a private airline.

Newer Post
God DOES answer your prayers, but not in the way you think
Older Post
Harare mayor bemoans Kasukuwere’s meddling