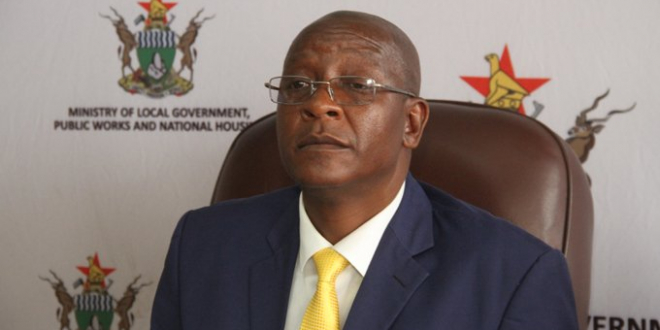 JUSTICE, Legal and Parliamentary Affairs minister Ziyambi Ziyambi has urged United Chiredzi Residents and Ratepayers Association (UCHIRRA) to file a formal complaint against prosecutors whom it accuses of corruption in handling a criminal abuse of office case against senior council employees to the National Prosecuting Authority (NPA).

This was after UCHIRRA raised a red flag over how the matter was investigated by the Zimbabwe Anti-Corruption Commission (Zacc).

They also questioned the commitment of prosecutors who handled the case when it came to court.

UCHIRRA then wrote to the Prosecutor General, Kumbirai Hodzi, requesting his office to appeal against the judgment so that the matter could be
reinvestigated.

This was after Chiredzi town engineer Wesley Kauma and town planner Consider Kubiku were acquitted by Chiredzi regional magistrate Judith Zuyu on December 28 on charges of abuse of office.

They were being accused of allocating each other several stands without paying a cent to council.

UCHIRRA is blaming Zacc investigating officers and prosecutors for watering down evidence and presenting a weaker case before the courts.

Part of the letter, that was seen by NewsDay, read: “As United Chiredzi Residents and Ratepayers Association (UCHIRRA) we express our reservations on the way investigations were carried out and the manner in which the matter was presented before the courts.

“We suspect that money exchanged hands between the two accused persons, Zimbabwe Anti-Corruption Commission (Zacc) and National Prosecuting Authority (NPA) leading to the final judgment which subsequently found the two not guilty.

In an interview with NewsDay yesterday, Ziyambi said there were two avenues the association could have used including seeking a review of the judgment or asking the State to appeal against the judgment.

“I haven’t seen the judgment myself yet, but I urge them to furnish me with what happened and the outcome of the matter.

“I also advise them to quickly approach the National Prosecuting Authority (NPA) to appeal with the High Court if they are not happy with the outcome.

“The appeal should be done by the State and further investigations into the matter be carried out and those found wanting be brought to book,” said Ziyambi.

“After we read the judgment it is obvious that the investigating officers from Zacc and NPA deliberately watered down the allegations against the two council employees.

“This we feel, defeats the efforts by His Excellence President Emmerson Mnangagwa to curb corruption in every sector of the economy and the nation at large. We feel that instead of fulfilling the mandate bestowed on them and complementing efforts by President ED Mnangagwa, Zacc and NPA are working hand-in-hand to frustrate those efforts.

“Chiredzi case is a case study of how effective or how useless the two bodies will be viewed in the public eye.

“As such we humbly request that the cases raised by our association be revisited and re-investigated with people whose minds are not tainted by corrupt activities.

“It is unfortunate that esteemed institutions such as Zacc and NPA are found wanting where they are needed most.

“Their conduct is in complete contradiction of the efforts by HE to wipe out corruption, because instead of fighting the scourge they are fuelling it by their behaviour.

“To an ordinary man on the street it now seems like when President ED formed bodies like Zacc he was creating a conduit to a well-oiled corruption syndicate.”