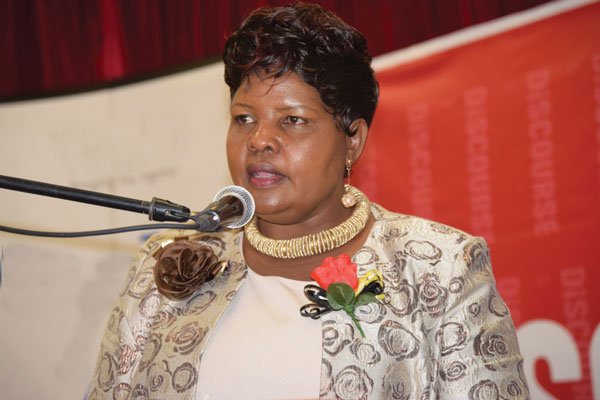 Terrence Machocho, a director in Manicaland Provincial Affairs minister Ellen Gwaradzimba’s office has lost a case in which he was trying to evict a Chipinge farmer from his Stilfontein of Umzila Farm.

The matter was heard at the High Court circuit in Mutare by Justice Isaac Muzenda, who ruled against Machocho’s farm grab.

The applicant in the matter was Lameck Bvurere, who cited Machocho as the first respondent, Lands, Agriculture and Rural Resettlement minister Perrance Shiri as the second respondent, while Gwaradzimba was the third respondent.

An order seen by this publication reads: “The first respondent and those or anyone acting through him be and are, hereby, ordered to restore to the applicant, peaceful and undisputed possession of subdivision 2 Stilfontein of Umzila Farm in Chipinge district.

Justice Muzenda further added: “The applicant be and, hereby, ordered not to engage or commence new farming operations and activities in respect of subdivision 2 Stilfontein of Umzila Farm in Chipinge, the parties are to maintain peace and order towards each other pending resolution of the process mentioned in the entirety of paragraph one of the order.”

The applicant had made an urgent High Court application to stop Machocho from evicting him. In the application, he said the first respondent disturbed his farming operations.

“The first respondent unlawfully and irregularly moved into the applicant’s farming operations on subdivision 2 of Stilfontein of Umzila in Chipinge,”.

“Without lawful cause, the first respondent resorting to self-help has disturbed applicant’s peaceful possession of subdivision 2 of Stilfontein of Umzila farm,” Bvurere said in the application.

He added that Machocho’s actions endangered the economic activities at the farm. Bvurere said he supplies maize to the Grain Marketing Board and was a grower of export macadamia nuts.