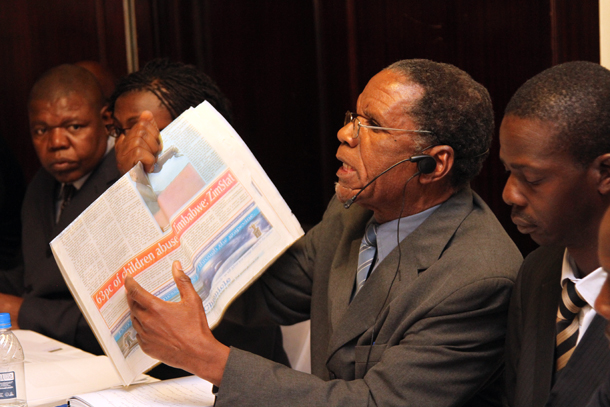 Media Institute of Southern Africa (Misa) Zimbabwe has given the Zimbabwe Media Commission an ultimatum to suspend the proposed new media accreditation categories saying the proposed categories are discriminatory, dangerous and injurious to media freedom.

In the letter addressed to ZMC chief executive officer Tafataona Mahoso, Misa Zimbabwe said they are giving Mahoso up to Friday midday to favourably respond to their concerns or else they will approach the courts for recourse.

“It has come to our attention that the ZMC secretariat intends to introduce new accreditation categories for the 2020 registration of media houses and accreditation of journalists in the next few days.

“Misa Zimbabwe strongly objects to the introduction of the proposed new categories,” reads the letter.

“The discriminatory tenor of the proposed scheme is dangerous and injurious to media freedom.

“In many cases the distinctions between the type of work carried out by journalists and other media practitioners are not as clear cut as suggested by the proposed new categories and there is no identifiable legal basis for your intended changes to the registration and categorisation process.”

Misa Zimbabwe said ZMC proceeded to notify Zimbabwe Republic Police of the changes without consulting the media industry saying they could have worked the plan together to make sure that the accreditation process is free of controversy.

“We, therefore, now call for the suspension of your projected introduction of the proposed new categories pending the completion of a consultative process that should enable ZMC secretariat and concerned stakeholders to agree on the best mutually beneficial accreditation system.”

Misa Zimbabwe said they will be left with no option if they did not receive a favourable response but to approach the courts.