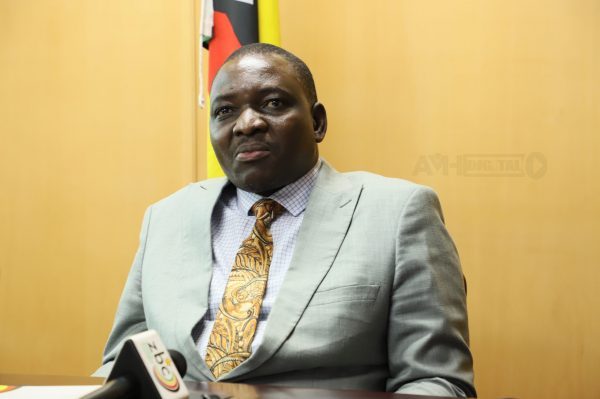 Addressing the media, Soda said:  “Let’s park our vehicles for now, that is an encouragement, yes, because the government has already gone ahead of this situation that we are into currently by providing these buses. Let us make use of the Zupco buses to and from our work stations in the interim while we watch what is happening on the international arena.”

Reacting to Soda’s utterances the Zimbabwe Peace Project (ZPP) tweeted yesterday: “How about Zimbabweans say to the Energy minister and all top government officials: Park your cars and use Zupco, Cde ministers?”

Later, the ZPP told NewsDay:  “It points to a government that is out of touch and insensitive to the plight of people. ZPP continues to raise concern about government’s insensitivity to people’s transport problems and this is one example.”

In its August 2021 report ZPP noted that the unavailability of safe and reliable public transportation had become a major human rights issue.

“Members of the public, therefore, end up resorting to using trucks and other vehicles, popularly known as mushikashika as public transport or they spend hours queuing for Zupco buses, exposing themselves to COVID-19 and losing productive time,” the ZPP report read.

Passengers Association of Zimbabwe (PAZ) acting national spokesperson Andrew Chibanda said: “That’s throwing a petrol bomb to the already delineating situation because the transport system is already in its doldrums. Private vehicles are playing a crucial role in bridging the gap.  The minister should also use these public buses.  He is not in touch with reality and his statement is careless rhetoric.”

Chitungwiza and Manyame Rural Residents Association secretary Brighton Mazhindu said:  “It’s unfortunate that the government is passing on the buck to the citizens, it is government’s duty to provide affordable transport to the working population as this promotes production.”

Chitungwiza Residents Association director Alice Kuveya said: “We all know that Zupco buses are not enough to cater for citizens. We have witnessed women being abused waiting for buses for over three hours.  At bus termini there are no benches for resting. We have people with disabilities who cannot stand for a long time.”

Fuel went up on Tuesday from US$1,51 per litre for petrol to US$1,67 and US$1,68 for diesel from US$1,51 as the government alleged that Russia’s invasion of Ukraine was causing global oil prices to rise.

A comparison of fuel prices in the Southern Africa Development Community region shows that Zimbabwe’s fuel is exorbitant than the neighbouring countries.