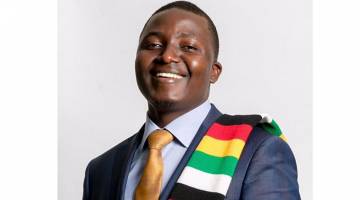 A Zanu PF youth leader has accused a deputy minister of sabotaging President Emmerson Mnangagwa’s economic reforms by refusing to embrace the local currency, in yet another sign of widening rifts in the ruling party.

“Deputy minister of industry and commerce demands US dollar payments at his businesses, pays police officers for protection and police in Zvishavane are making a lot of money out of it, no to corruption,” he tweeted early yesterday morning.

“The vision of the president is simple, no to corruption and that for us to have a strong economy we need our own currency and all government ministers and party members especially leaders should support that.”

The government last month outlawed the use of foreign currency in local transactions.

This was after Zimbabwe in June ended a decade of dollarisation and began the process of reintroducing a local currency.

Matutu has been on a warpath against senior Zanu PF officials, whom he accuses of sabotaging the economy by fuelling the foreign currency parallel market and engaging in corruption.

Modi, however, said his businesses were not charging in foreign currency and that he had no business interests in Zvishavane.

“I do not own any business in Zvishavane and I certainly don’t charge in US dollars at my businesses in Bulawayo,” he said.

“The allegations that I am paying off police are totally false and I just don’t know where this is coming from.

“I don’t know what will be going on in his mind as he makes those allegations or what is motivating him, I am not sure why he is after me.”

Zanu PF secretary for administration Obert Mpofu is suing Matutu for $10 million after the youth leader accused the former minister of corruption.

Mpofu’s name was included in a list of alleged corrupt government and ruling party officials that was released by Zanu PF youths led by Matutu early this year.

On Friday, Mnangagwa seemed to be backing Matutu when he said the issues must be resolved internally.

Zanu PF has set up a committee to investigate allegations that some of its senior officials are corrupt and are behind the forex black market.