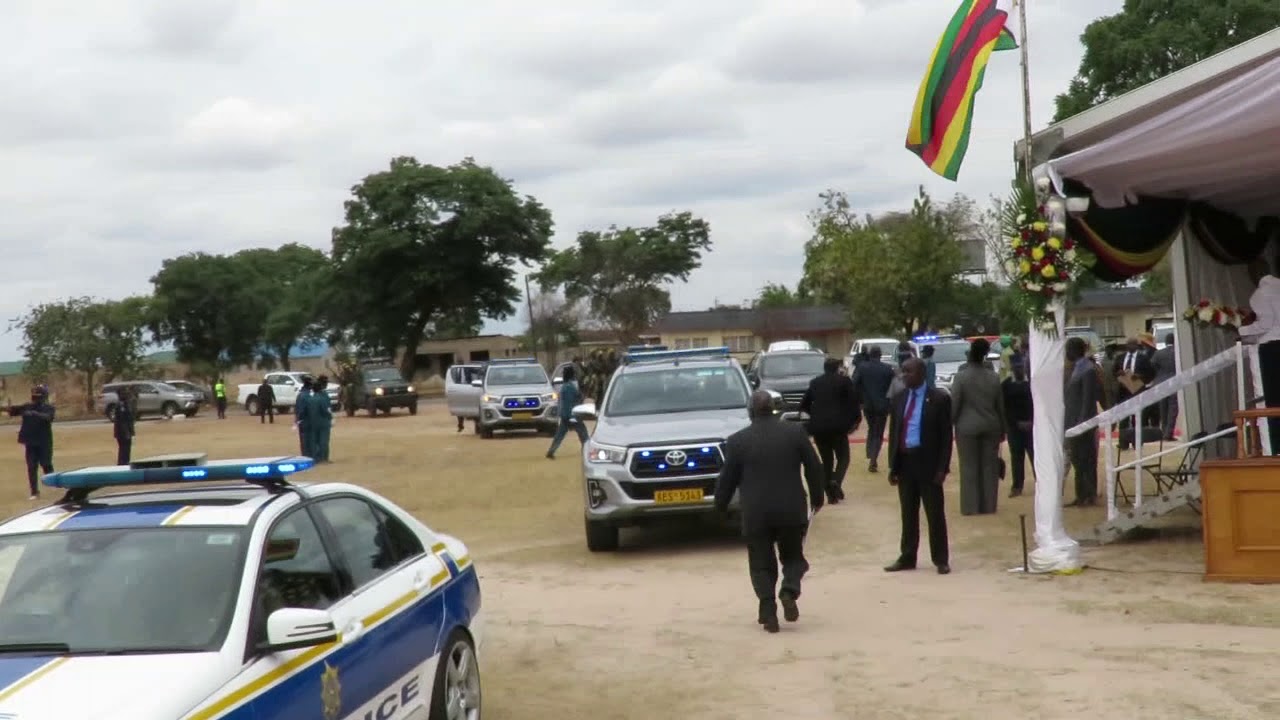 BY TATENDA CHITAGU
PRESIDENT Emmerson Mnangagwa on Monday allegedly travelled by road to Rutenga in Masvingo province after security concerns were raised over “faulty and aged” helicopters.

Mnangagwa visited Rutenga to commission an amarula/mapfura plant, which will produce 100 000 litres of marula concentrate and 5 000 litres of oil every season.

His motorcade consisted of fuel guzzling top-of-the-range SUV V8 vehicles numbering more than 30 that brought Masvingo to a standstill.

Sources yesterday told NewsDay that misty weather conditions may also have contributed to the President’s decision to use the road.

Addressing bussed crowds at Rutenga Growth Point, Mnangagwa said along with Vice-President Constantino Chiwenga, they had used the road to have “a feel” of the Harare-Beitbridge Highway, some of the sections were rehabilitated and widened, while others were still work in progress.

But sources told NewsDay that the bad weather, coupled with a mid-air scare that he once experienced on his way from his farm recently and forced him into an emergency landing, could have compelled the President to come by road.

“You remember very well that the presidential helicopter was once involved in a mid-air fault that caused an emergency landing. Again, the weather was bad, just like when he failed to travel to Mutare for the commissioning of a gas plant. So, travelling by road was the decision made because he could not postpone again at the last minute,” a source said.