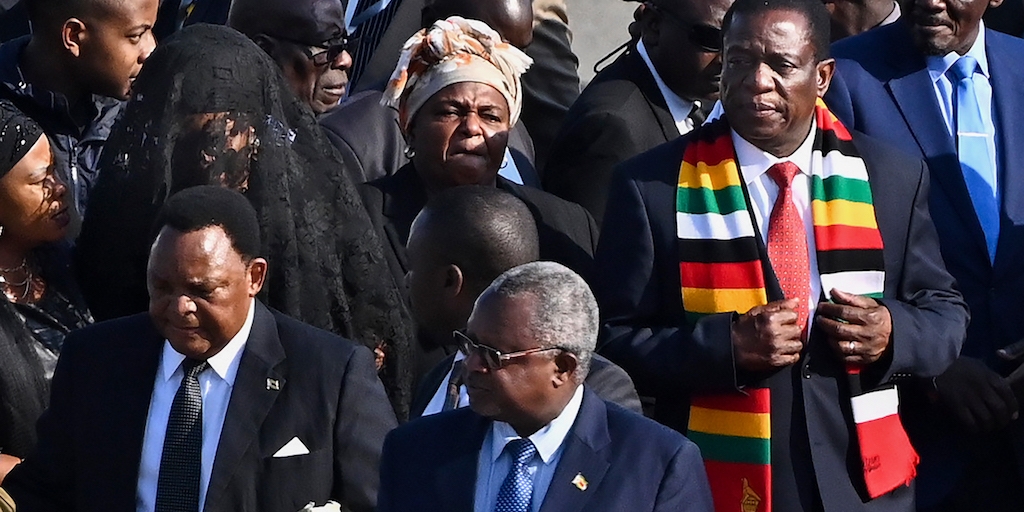 The remains of former Zimbabwean president Robert Mugabe are being repatriated. Mugabe died in Singapore on Friday. Courtesy #DStv403

HARARE – Zimbabwean President Emmerson Mnangagwa says the country must come out in numbers to honour his predecessor, Robert Mugabe.

Mugabe’s remains have arrived in the capital following his death in a Singapore hospital.

“We are gathered here to receive our founding father of the nation…. an icon of Pan-Africanism, the man that created our nation,” Mnangagwa said.

“The light which led to independence is no more, but his works, his ideology will continue to guide this nation.”

Mugabe died on a medical trip to Singapore, where he had been travelling regularly for treatment.

A delegation including Vice President Kembo Mohadi headed to the city-state on the chartered flight to bring him home.

The body will be taken to Mugabe’s private Harare residence, known as the Blue Roof, for the night.

It will be laid out for the public to pay their respects in Rufaro Stadium on Thursday, before heading to his homestead Zvimba for a wake.

Mugabe’s final burial place on Sunday, though, is still unclear.