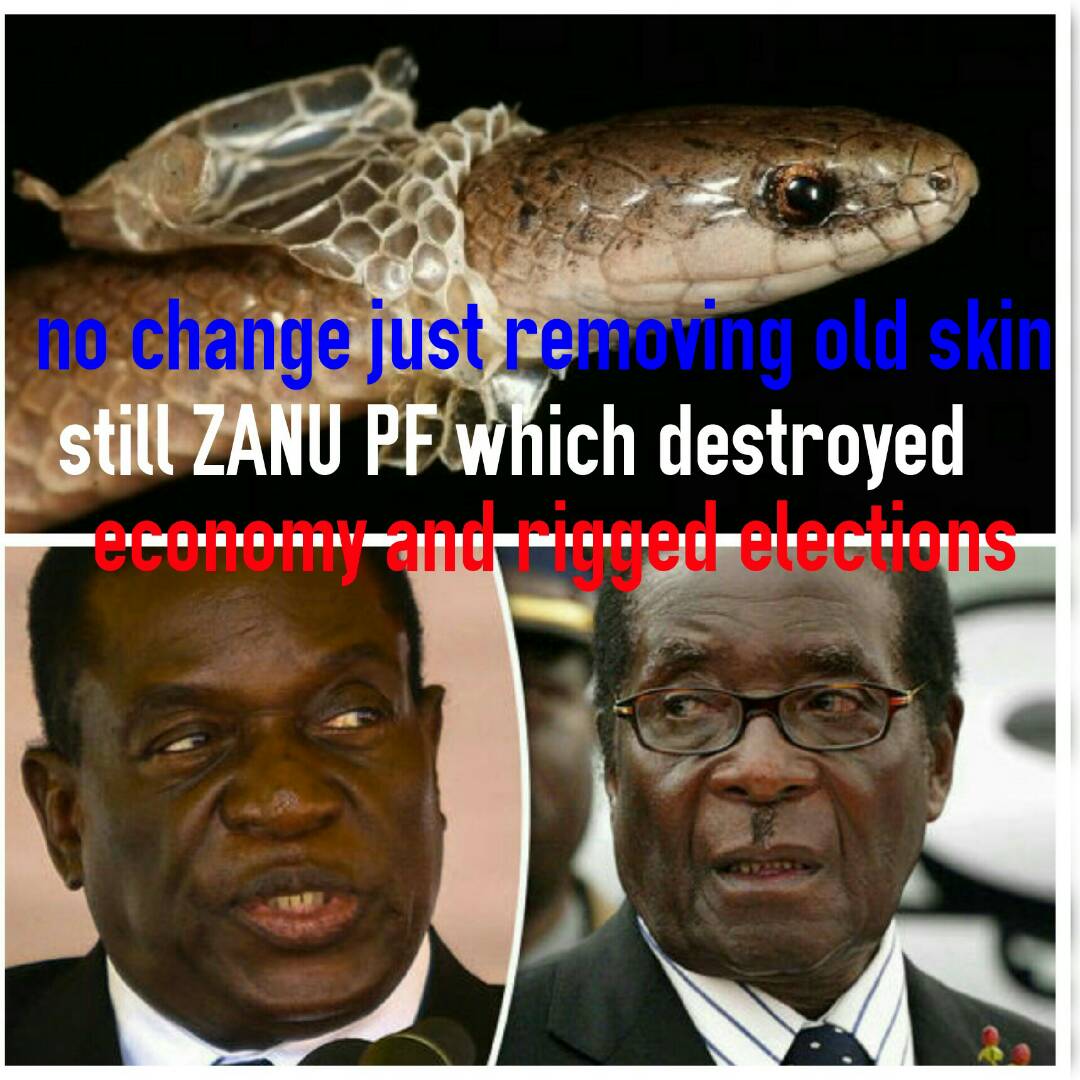 By Mazviwanza Shiri | The new president has sworn in his ‘NEW’ cabinet so that they can get down to some serious business. After listening to the comments made by some of the ministers, I still do not have confidence in their ability to turn around the fortunes of our beleaguered nation. 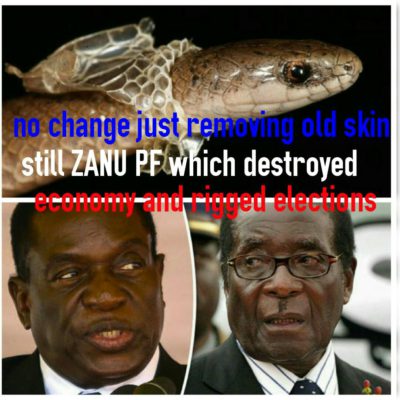 The first to comment was none other than the minister of transport, Cde. Jorum Gumbo. The gentleman is clearly at sixes and sevens on how to execute his duties. The first thing he talks about is the issue of international assistance that will be required to improve our road network and resuscitate the National Railways of Zimbabwe. It is this dependency syndrome that is seriously wrong with our mindset.

In other words, he is saying if we do not get donor support, the roads will continue in their current sorry state. That the government has no means of financing their own programs unless the international community chips in with the required assistance. It is like a father telling his big family sleeping in one room that he will ask the neighbors to assist in putting up another room for his family to ease congestion.

What a laughable view. Infrastructure development is personal business where the nation must make harsh decisions on their priorities because it promotes competitiveness on the regional front in terms of tourism and other economic activities. We must come up with a solid plan on how we will finance our projects and set short, medium and long term objectives and targets with special considerations to our income. If we get external support, the better as it will help cut down on the time span.

It is shocking, therefore, for this minister who is sitting on a considerable source of income from tollgates and special levies as exerted on our fuel imports to maintain our dilapidated roads. This is a fortune if well-managed as the landing price of fuel is about forty cents or so per litre. The rest are levies exerted by the government for its various programs. Even the irony in the hoax that he had died in a road accident over the weekend has escaped our esteemed minister as he was joking about it as if that was comic.

No doubt, he assumed that sentiment without looking at the serious implication of the whole saga. As minister of Transport responsible for our highways, any accident is cause for concern as it means loss of life, a loved one, breadwinner or potential tax payer. Our roads have become dangerous jungles that are a menace to all users, reckless or cautious. Our greatest problem is the mindset of our leaders who believe money must come from the west or east to embark on major road rehabilitation projects while they recklessly spend what they have in their coffers on inconsequential exercises such as renaming the airport after a dysfunctional dictator.

More than half a million was spent in that brief ceremony yet we have a road such as the Bindura- Shamva one, that was begun in about 1990 and is still incomplete. This is a mere twenty-eight kilometer stretch that has taken twenty seven years to complete. Can you imagine that the major contractors in this project include Chihuri’s companies, Goche and a few other big wigs. These leaders lack seriousness. I won’t talk of the other numerous roads that have largely been ignored as ministers triple over each other in paying homage to leaders who believe they are on the same pedestal with God. So CDE. Gumbo, wise up, roll up your sleeves and get down to serious business.

The police is yet another challenge we must contend with. Chihuri has largely been left to his own designs and has turned a once professional outfit into a den of crooks and extortionists, mafia style. It is not surprising because the guy has a checkered history himself. He has stayed on the job largely because Uncle Bob found him a lethal weapon against the opposition, otherwise he is completely useless and has the morals of an alley cat. Instead of monitoring our roads, the police have gone on a fund raising exercise where they demand bribes from unlicensed kombi drivers and mahwindi to look the other way as these make our roads and streets racing courses with impunity. Faulty cars are allowed to proceed after the guilty drivers pay their dirty dues to the police. Despite our modest volume of traffic, the accident rate is higher than that in countries where the traffic population is unbelievably high. In such nations, the police are professional, committed and effective in taming the formidable traffic jungle. The driver who killed malarial workers in Tsholotsho was reportedly drunk but I will bet my last bond coin he passed through a number of police manned roadblocks. Useless. Yes, let’s get rid of the useless police leadership and retrain the younger police officers on basic qualities of professional policing.

There is no need for us to look east or west for resources. We have to cultivate the culture of saving, planning, budgeting and setting goals for ourselves. This was non- existent in the Mugabe era. It was all spend, spend, waste, waste. That culture of profligacy and corruption has been our greatest downfall. Natural resources such as gold and other precious metals are smuggled out of the country to benefit the perpetrators at the expense of the nation at large. We are not helplessly poor but have failed in the art of being accountable to ourselves and the nation that looks up to us. The leadership, present and past, are so engrossed in their personal aggrandizement than serving the nation as they have sworn to do. Service takes a seat at the back of beyond. And look at how they ostentatiously display their ill begotten wealth like some well deserved crown to the poor, struggling masses.

Zimbabwe is not poor, far from it. We are victims of systematic deprivation instituted by Mugabe and his band which has come back again to haunt us. We will never go anywhere with the Jorum Gumbo (JG) mindset of waiting for foreign assistance. It is “Aluta Continua” for Zimbabwe as long as we have such position holders with the JG syndrome. We deserve better, comrades, and we must demand accountability from these thieving apologists and tell them the simple English adage, “Waste not, want not.”