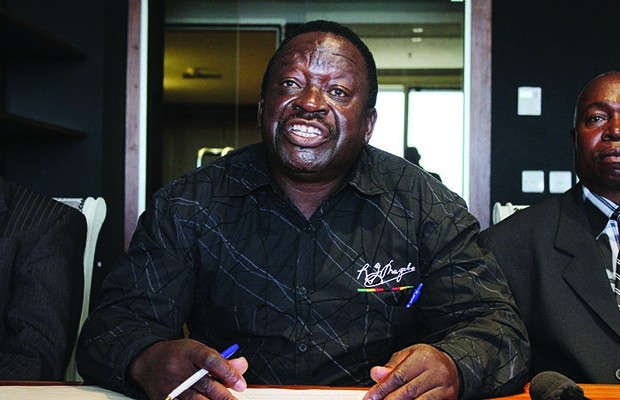 Farirai Madhumbe | President Emmerson Mnangagwa has said polls will be held according to schedule indicating that international observers from the European Union and United Nations are welcome as monitors. 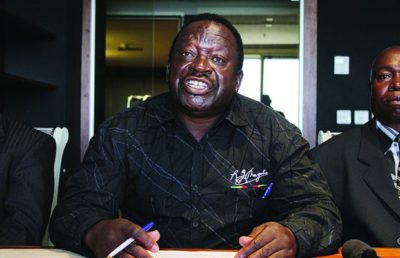 Mnangagwa however, faces an internal revolt as it emerges that his Lacoste MPs are afraid of soldiers who can now freely campaign to represent the party in the polls. A foretaste of things to come was when War Vets Secretary General Victor Matemadanda was recently chased out of Harare South by one of the generals also campaigning in the constituency.

Speaking at a Zimbabwe Election Support Network (Zesn) discussion on the forthcoming polls on Thursday, MDC proportional representation MP Priscilla Misihairabwi-Mushonga said stakes were very high and the current squabbling in political parties was indicative that the primary selection process would be bloodier than the national elections.

The local weekly The Standard reports that last week many Zanu PF legislators wanted elections postponed by at least three years. The MPs were allegedly now mulling engaging Parliament to make amendments to the Constitution to postpone the plebiscite due in five months.

Zanu PF legislators are said to be afraid of losing their seats to soldiers who have been given a blank cheque to contest in parliamentary elections under the Zanu PF ticket.
This is said to be a move to reward the military for the successful operation that handed over power to the present administration.

Mnangagwa’s MPs, for long locked in bitter factional wars, also fear the party was still embedded in chaos and confusion and could lose seats to the equally chaotic opposition MDC-T if the polls were to be held this year.

Well-placed sources told The Standard that while Mnangagwa was desperate to have elections this year to legitimise his rule, his MPs were pulling in the opposite direction and were soliciting the support of MDC-T MPs to use Parliament to postpone the elections.

The plot is reportedly getting buy-in from the MDC-T, which was also allegedly pushing for the postponement of presidential elections to give its candidate Morgan Tsvangirai time to recover from a debilitating cancer.

Meanwhile, with regards to primary elections, Zanu PF MPs are reportedly afraid the party, rocked in internal fights for more than a decade, could be further torn apart in the process of selecting candidates. MPs perceived to have been G40 sympathisers are particularly wary they could be unfairly kicked aside.

A Zanu PF MP who preferred anonymity said: “There is confusion and chaos in constituencies and the party is afraid it will lose more seats if elections were held this year.”

“Zanu PF MPs want harmonised elections to be postponed so that it [the party] has more time to deal with its post transitional period before elections can be held. The Zanu PF MPs also feel that since the central committee was given a five-year fresh term, they should also have the elections postponed by three years.”

Mnangagwa recently appointed many soldiers to his government and party and these people are desperate to have political constituencies, hence the likelihood they would elbow out sitting MPs in the primaries.

Meanwhile, junior officers still serving have also been given a blank cheque to represent the party by the newly-appointed national commissar Major General Engelbert Rugeje, threating the positions of many sitting MPs.

The MDC-T, sources said, was rooting for de-harmonisation of the polls to exclude presidential elections. They hope to garner more seats, create a hung Parliament and force Mnangagwa into a unity government while Tsvangirai recovered.

“It is news to me. I am somebody who has just arrived. I was not in the country; you can ask the commissariat department,” Moyo said.
Rugeje’s deputy Omega Hungwe refused to comment, and also referred questions to the national commissar.

MDC-T spokesperson Obert Gutu denied his party was part of the plot to postpone the elections.
“We are preparing for elections that will be held in the next few months and you can be assured that the MDC will romp to victory in any free and fair elections. That’s for sure,” he said.
Sources said Zanu PF MPs have engaged Norton MP Temba Mliswa to mobilise the legislators to push for the constitutional amendments to postpone elections.

Mliswa yesterday confirmed the plan, saying it would get majority support if voted in a secret ballot. He, however, denied driving the process.

He said postponement of the polls was in the best interest of MPs who were not given time to impress in their constituencies because of the harsh economic conditions under Mugabe.

“It has to be debated, that is what democracy is. It is already before Parliament. It was moved by Honourable [Priscilla] Misihairabwi-Mushonga [MDC Proportional representation] when she wanted us to deliberate the transitional government. I was supposed to second it but unfortunately I was not there. But it is already before Parliament, and it was seconded by Paurina Mpariwa [MDC-T]. It will be deliberated,” Mliswa said.

He said it was the democratic duty of Parliament to amend the Constitution and seek postponement of the elections, insisting it did not mean Mnangagwa’s administration was scared of elections, but conditions permitted such a move.

Misihairabwi-Mushonga however, said her motion recorded in the Parliament Order Paper of December 19 did not speak to the postponing of elections.

“He [Mliswa] does not have to manipulate my motion,” Misihairabwi-Mushonga said.

“In its present form, my motion does not speak to postponement of elections. It’s either Mliswa has to amend it or introduce a new motion completely. My motion was to have the president invited to Parliament to answer questions on what happened during the military operation.” Standard