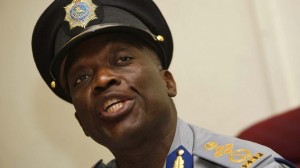 By Langton Ncube|Zimbabwe Republic Police (ZRP) Commissioner-General Augustine Chihuri has been fired after more than 23 years in charge of the country’s police force.

Chihuri’s dismissal comes on the same day that the Zimbabwe Defence forces announced the end of Operation Restore Order and the return of the ZRP to normal duty.

Major-Generals Sibusiso Moyo and Engelbert Rugeje have received promotion upon retirement and retire as Lieutenant-Generals.