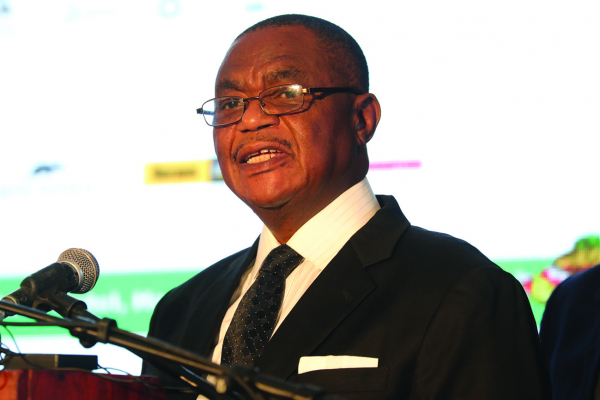 President Emmerson Mnangagwa is behind Zanu PF’s renewed push for sweeping amendments to the constitution to put a leash on Vice-President Constantino Chiwenga, who is said to harbour ambitions for the top office, it has been revealed.

The ruling party, which enjoys a super majority in Parliament and now boasts of support from the Douglas Mwonzora-led MDC-T, last month pushed through Parliament the first amendments to the 2013 constitution that will give Mnangagwa unfettered power to appoint the country’s top judges.

After the widely criticised amendments, Zanu PF last week revived debate over another 27 proposed changes to the supreme law that will include scrapping the running mate clause for VPs in the constitution.

If the amendments sail through Parliament as expected, Chiwenga would be denied the opportunity to become Zimbabwe’s first directly elected VP.

And top constitutional law expert Lovemore Madhuku has described the proposed scrapping of the running mate clause as part of moves to manage the succession issue in Zanu PF.

“It is a succession clause,” Madhuku told The Standard.

“He is a designated successor and has no other duties different from the current ones.

“It is all about the preservation of power.

“In a vice-president, the president sees a threat in the same way they see a threat in independent judges.

“The common theme is just political insecurity and the only way is to say I should control a VP by being able to hire and fire him.”

The proposed Constitutional Amendment Number 2 was first proposed in 2019, but was heavily criticised by the main opposition MDC Alliance and civil society as undemocratic.

Zanu PF legislators, who contributed to debate on the proposed amendments last week, were clear that the proposals  were about the power dynamics.

Gokwe-Chireya MP Tonderai Moyo said a president needed to work with people he can trust, hence the proposed changes to the constitution.

“I must say that it is prudent for the president to appoint vice-presidents of his choice, those that he will work with, those that can be trusted and those who are able to perform diligently their duties to the pleasure of the appointing authority,” Moyo said.

“If we say we have an executive president, what are we saying when we do not want him to appoint his vice-presidents?

“We also cannot have two bulls in the same kraal,” Chikwama said.

“We want a peaceful country that only comes when the president is vested with power to rule and the opportunity to choose people whom he wants to work with towards accomplishing his mandate.”

Mberengwa East MP Marko Raidza said the president should have the prerogative to appoint his VPs.

“The president should be the only one to be voted into power and then he will choose his running mates,” Raidza said.

“ It will be difficult for a president to work with vice-presidents, who were voted into power by the people.

“Vice-presidents should be appointed by the president, who will be working with them; this will assist him because he will be having good relations with those he would have chosen.

“If they are voted into power, there is a bit of a challenge in them assuming their roles….so there may be some conflicts,” he added.

However, Dzivaresekwa MP Edwin Mushoriwa (MDC Alliance) spoke against the amendments, saying the country  should be concentrating on aligning laws to the constitution instead.

“One of the things that cost Zimbabwe from 1980 to around 2017 when the (late) former president (Robert Mugabe) left was because he had all the power vested in him,” Mushoriwa said.

He said there was need to ensure that Zimbabwe becomes a democratic country and the proposed amendments were taking the country several steps back.

Mushoriwa said according to a report tabled in Parliament, after consultations on the Bill, the majority of people in Zimbabwe were objecting to the amendment of the constitution.

Bulawayo Central MP Nicola Watson (MDC Alliance) said the clauses that Zanu PF wanted to remove were put to guard against the abuse of power.

“Many of the clauses deal, for example, with the public protector and the judges given that the president has the authority to make those appointments,” Watson said.

“When the constitution in 2013 was rolled out, those clauses were put there to change the consolidation of power in the hands of the executive.

“So, it is a deep concern that those clauses now seek to give back that power to the president.”

In 2017 Mugabe fired Mnangagwa from his VP post, accusing him of angling for his position.

A few days later the military toppled Mugabe and Mnangagwa was installed as president.