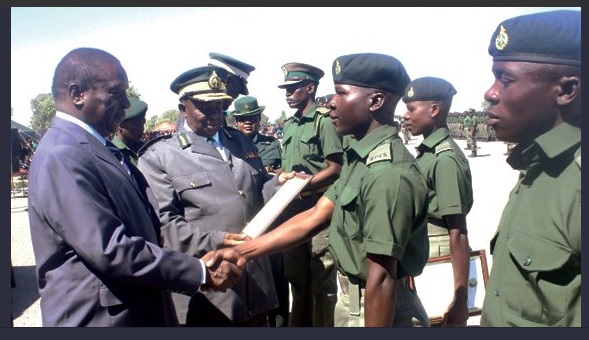 249 gun wielding ZPCS (Zimbabwe Prisons Service) officers were today promoted at a function Mnangagwa presided. He can be seen below conducting the ceremony: