By Langton Ncube|Zanu PF is reportedly instituting a forensic audit into all projects which the former first lady Grace Mugabe was engaged in during her tenure as the party’s Women’s Affairs boss. 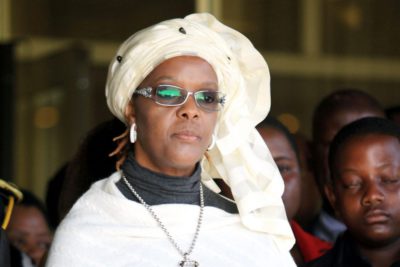 The party’s Women wing wants Grace to  account  for party funds that she received on behalf of Zanu PF from numerous donors.

“Grace had introduced various multi-million dollar projects whose value cannot be ascertained because of poor corporate governance issues. Millions of dollars were sunk into projects that are not viable leaving room for financial abuses,”Khuluma Afrika reports.

“ No-one was allowed to question how the funds were being used,”.

“The good wishers were donating to Zanu PF but she made sure that all the money was received and kept by herself. The women’s league secretary for finance was reduced to a spectator as she had no role to play in deciding how the funds were to be used,” the publication further stated.

The Zimbabwe Anti-Corruption Commission (ZACC) is already investigating how Grace Mugabe received her PhD from the University of Zimbabwe in 2014 after lecturers at the institution disowned the degree.

The anti-graft body has also said that Grace can be arrested because the immunity that was granted to her husband former president Robert Mugabe does not extend to her and the rest of the family.