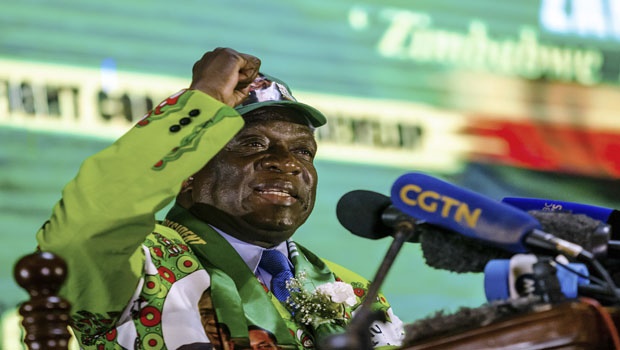 President Emmerson Mnangagwa’s security was breached during a recent Zanu PF youth interface rally in Gweru after a losing candidate tried to grab his hand while he was on stage. 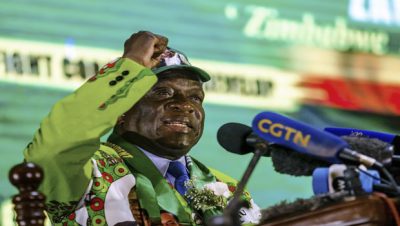 The incident that was caught on video, which has since gone viral, has landed three members of Mnangagwa’s close security unit in trouble, sources revealed.

According to senior government officials, a daring losing Zanu PF councillor from Masvingo, identified as Moses Mavusa, attempted to get a picture with the president after sneaking through barricades to reach the main stage at an open space in Gweru.

Sources said the incident left three officials including one Makuyana, the president’s  aide-de-camp (ADC), and the acting head of close security Charles Mupanduki in trouble.

“These guys seem to be relaxing and this is the second time that the president has been left exposed,” the source said.

“They seem to be taking it easy and in the process causing unnecessary security breaches. So, the entire commandant is not happy with that.

“The ADC works closely with the presidential close security unit and the escort unit commander, the man directly in charge of Mnangagwa’s personal security and that of close family members.”

Mavusa’s lawyer, Collin Maboke, confirmed that his client was arrested and spent the night in custody before being fined $20 for criminal nuisance.

“For convenience purposes, I advised him to pay the fine to avoid unnecessary movements from Masvingo to Gweru since he is resident in Masvingo,” he said.

“But there was nothing criminal in his conduct, as he did that out of excitement and is a Zanu PF member who lost in the council primaries,” Maboke said.

However, sources said Mavusa’s admission of guilt had caused problems for security details as they now have to explain how they were cheated and exposed Mnangagwa to possible attacks.

Questions are being raised on how the ADC allowed the “overzealous Mavusa ” to get close to the president without alerting  fellow details.

“Imagine if that guy was armed with anything, he could have injured the president and what would they have said?

“So the issue is about failing to command their troops to be vigilant,” another security source said.

He was arrested after he went to the podium where Mnangagwa was and attempted to greet him while his other hand was signalling to a colleague who was on the ground to take a picture.

Mnangagwa had to push him away and the act was recorded on video which has gone viral on social media.

Gathry Chiredzero was picked up by members of the military police after he allegedly positioned himself close to Mnangagwa on December 6 last year — disguised as a member of the dreaded CIO while he was armed.

Court records state that the fake intelligence detail was arrested while trying to disguise his identity by controlling movement of people at a function for the renaming of King George (KGVI) Barracks to Josiah Magama Tongogara Barracks in Harare.

Two days prior to the incident, Chiredzero had allegedly used the same modus operandi and gained entry into State House, where Cabinet ministers were taking oaths of office before Mnangagwa.

“The question is why are we exposing the president in such a manner? So, these guys have to explain who is not doing his duty dutifully,” said a senior security officer.

“Some people will suspect sabotage from the security team, remember allegations that some of these guys were in factions so, the commanders are worried.”
Attempts to get a comment from Mnangagwa’s spokesperson, George Charamba or CIO director-general Isaac Moyo were fruitless as they were not picking up calls.