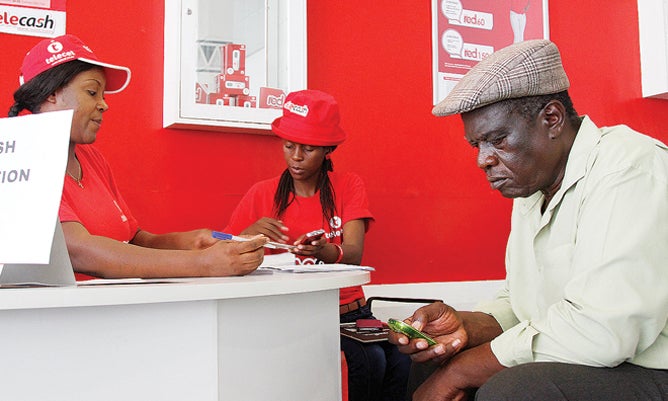 MOBILE money cash in transactions rose 11,5% to $1,17 billion in the first quarter of 2019 from $1,05 billion in the previous quarter as the country’s cash woes continued.

“There was growth in Cash-In transactions as well as airtime, bill and merchant payments in the quarter under review,” reads part of the Postal Telecommunications Regulatory Authority of Zimbabwe (Potraz)’s 2019 first quarter report.

“Ecocash processed 99,4% of the total value of transactions whereas Telecash and OneMoney processed 0,1% and 0,5% respectively.”

The EcoCash platform is run by Econet Wireless.

Potraz also says Zimbabwe’s telecommunications sector recorded a 13% decline in revenue to $249,88 million in the first quarter of 2019 to $287,03 million in the comparative period of
last year as costs in the sector increased eating into income.

In the quarterly report Potraz revealed that costs increased 6,4% to $185,9 million in the period under review from 2018’s fourth quarter of $174,78 million.

Of concern was the marked decline of 9,8% in the mobile penetration rate from 93,1% in the 2018 fourth quarter to 83,3% in the first quarter of 2019 owing to the increased cost in
purchasing cellphones.

“The performance of the industry will be dependent on the general economic environment. Telecommunications operators are also expected to focus more heavily on customer retention and
churn in the face of dwindling revenues from traditional services and rising operating costs. Cutting costs will remain crucial for many operators to maintain viability in the current
inflationary operating environment,” Potraz said.

However, while cash-ins improved, Potraz said there was a decline in the value of cash-out, cross network transactions as well as the total number of transactions.

Cash-outs dropped by 5% to $795,45 million in the first quarter of 2019 from a previous amount of $837,76 million recorded in the previous quarter. This indicated continued cash
shortages in the market.