ZANU PF Vice President and Second Secretary Cde Kembo Mohadi said the revolutionary party has been robbed of a gallant son of the revolution whose loss is difficult to express.

Cde Khaya Moyo died on Sunday at Mater Dei Hospital in Bulawayo after a long battle with cancer.

In his condolence message, Cde Mohadi said: “On behalf of our revolutionary party ZANU PF, and indeed my own behalf, we join the nation in mourning our Politburo secretary for Information and Publicity, Cde Ambassador Simon Khaya Moyo. I am deeply saddened and shocked to learn of the untimely passing on of Cde Khaya Moyo.

“As ZANU PF family, we have once again been robbed of a gallant son of the revolution. It is never easy to find words to capture the feelings of expressing the loss of a comrade. Death is like a swift wind. It strikes when you least expect. All this time we had hoped Cde Moyo would pull through and that we would share another moment, and another thought.

“I cannot imagine the feeling of pain the bereaved family is going through, but I want you to know that your grief is our grief together.” 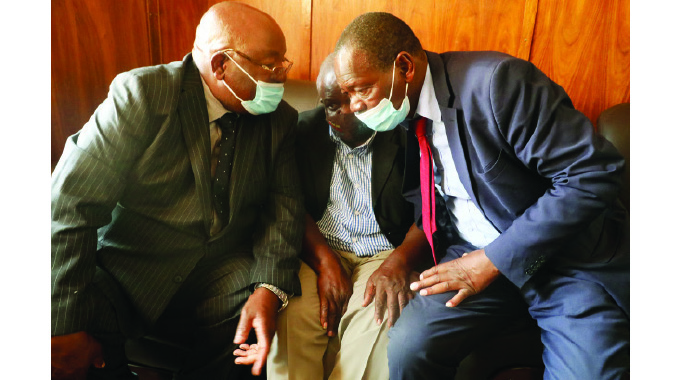 Cde Mohadi said the family should draw strength and courage in their faith that the soul of their dear departed had ascended to heaven.

“May you accept our sincere condolences for the loss of your loved one and our comrade in the revolution. To the Moyo family, Simon was a father, a son and a brother, but to us his comrades, Simon’s life was dedicated to the supreme virtues of the revolution.

“To the bereaved family, we hope you find peace and comfort in your time of grief from the memories of our dear departed comrade’s dedication and selflessness towards the development of his country.

“Our thoughts and prayers are with the family of the bereaved during these difficult times. I wish you healing and peace in the knowledge that your loss is our loss as a nation.

“We are so sorry for the loss,” Cde Mohadi said.