Money is not the only solution to our problems

Source: Money is not the only solution to our problems – NewsDay Zimbabwe February 4, 2019 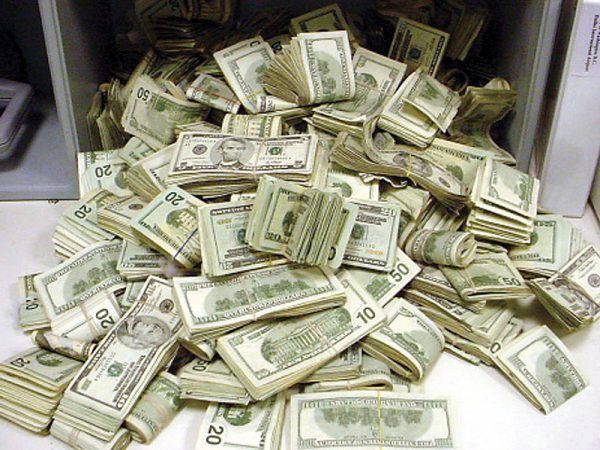 Money has become central to how our authorities are conceptualising and defining solutions to our problems. This is why there is so much effort by Finance minister Mthuli Ncube to secure credit lines and foreign investors.

It is assumed that with more money, all problems will be solved. But our problems are bigger than any amount of money can solve.

While money has a role to play in facilitating trade and partnerships, it is certainly not the major missing factor to kick-start our economy or to address poverty.

In 2017 alone, Africa received nearly $60 billion in foreign aid and that amount would have ended poverty on the continent, that is, if money was the solution to poverty or economic problems. In addition, foreign aid is not the currency of sustainability and social cohesion.

Foreign aid and investment tend to be largely self-serving and address short-term problems such as liquidity and short-term employment and production, which gives a false sense of growth on the economic dashboard, masking the fact that the entire economy is in the hands of foreign ownership.

Neoliberal institutions, mainly the minister’s target, are known for manipulating and pressuring poor governments to open their markets for few dollars in aid in exchange for resources.

This is what happened in Zambia during the years of economic structural adjustment programme and with Ncube prescribing the same neo-liberal policies, we are most likely going to experience the same false-start, if not worse than Zambia.

There are many other challenges associated with centralising money as a solution to all problems.

Money donated or acquired via unproductive means tends to breed bad behaviour such as nepotism and corruption, cancers that have dashed the hopes of many African countries.

African leadership is very susceptible to kick-backs than developing their countries — one of the reasons they are the easiest to manipulate.

The problem with free money does not end there. In absence of appropriate knowledge and locally driven sustainable projects, money has caused problems such as dependency at community level.

Reviving our economy requires approaches far from the current neoliberal policies the country is being dragged into by Ncube.

As an economist, Ncube knows very well that money is not a factor of production but a medium of exchange that enables trade.

Without foreign aid, other than a vision, capital, labour and land, Zimbabwe can still rise.

Creating communities and sectors that help to collectively identify local solutions to our problem is much more crucial than just money.

At macro-level, there are Zimbabweans with the means, ideas and are richer than the government.

Bring those together and encourage them to invest in their country and guarantee them protection of their assets and see if production will not happen.

At micro-level, Zimbabwe is an agro-based society, drawing from a hard-working culture, fertile soil and fairly good climatic conditions and thus farming projects at community level, for example, cannot by default depend on money.

Subsistence farming is already happening by villagers using their own abilities, readily available resources and efforts none of which is externally funded.

They do not do it to make money but for survival and local trade — again a sign that money is not a solution to everything neither is it the currency of well-being nor a barrier to determination.

For a resource rich country such as Zimbabwe, there is no other way that is better than promoting self-reliance to eliminate poverty and promote economic growth.

The question is why is this not making a major contribution to the economy? The answer is not found in lack of foreign investment or aid but lack of a national vision by the leadership and a conducive economic environment that promotes growth and partnerships.

The environment is littered with a myriad of barriers that should be addressed locally and by the same authorities.

And that is what is limiting people’s choices and ability to be productive and to trade.

A population of 14 million people is a ready and huge market for our small scale farmers and yet the country feeds from foreign imports.

This should be the baseline for reviving the economy and not money from foreign aid or investment.

To kick-start the economy, we need to produce. We have a good opportunity to produce for our own consumption.

Production is about creating wealth by converting raw materials into outputs that have value and contribute to the utility of the society. When production and consumption increase, so does the growth of the economy.

When these are sustained, national income and employment will also grow, enabling the government to earn more money through taxes to pay its civil services.

There will be less cases of industrial action and unemployment. The government won’t have to use the little resources they have to deploy their underpaid security personnel to beat hungry protestors.