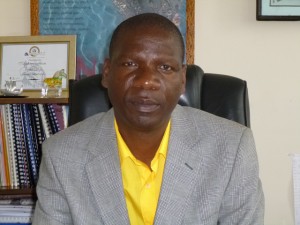 Zimbabwe Republic Police (ZRP) officers arrested Moyo at Robert Mugabe International Airport on Monday 21 January 2019 and advised him that they would be charging him with subverting a constitutionally elected government.

Moyo is represented by Tinashe Mundawarara and Bryant Elliot of Zimbabwe Lawyers for Human Rights (ZLHR).

ZRP officers took Markham, who is represented by Obey Shava of ZLHR to Robert Mugabe International Airport, where they sought to verify his argument that he was not in the country when the anti-government demonstrations took place.

The arrest of Moyo and Markham comes after ZRP officers arrested nine residents of Mabvuku highdensity suburb over the weekend and detained them at Harare Central Police Station before they appeared at Harare Magistrates Court on Monday 21 January 2019, charged with committing public violence.
The Mabvuku high-density suburb residents are being represented by Moses Nkomo of ZLHR.