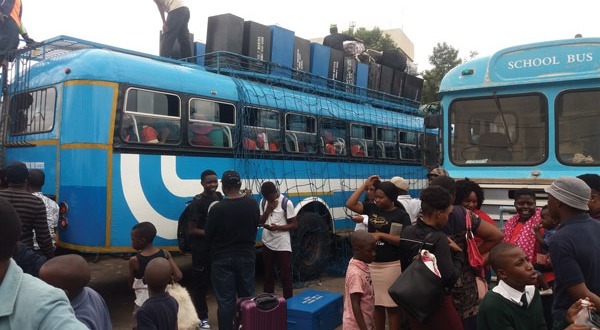 PARENTS and guardians have expressed concern over “outrageous” demands and fees hikes by schools in the wake of a serious economic crisis coupled with hyperinflation that has eroded their wages.

Several schools have written to parents indicating new fee structures pegged in United States dollars in addition to grocery demands ahead of schools’ opening on July 28.

The development has angered many parents who feel the action was a far cry from the reality on the ground due to the economic crisis.

Government said schools would open in phases with the first phase being examination classes.

“They are demanding US$150 from parents who are still battling to access the basics under the current lockdown,” a parent of a student at Old Windsor High School in Harare told NewsDay yesterday.

“The equivalent Zimbabwe dollar was pegged at a black market rate which was around $80 at the time when it was set and it is also not even clear what this US$150 covers and if this is a monthly charge.”

Schools like Northlea High School have already written to parents notifying them of fees amounting to $14 000 plus groceries which include 20kg mealie-meal, sugar, cooking oil, among others.

Meanwhile, teachers said they were against government’s decision to hastily open schools without putting in place mitigatory measures to stop the spread of COVID-19 which they felt would endanger both the teachers and pupils.

Primary and Secondary Education minister Cain Mathema, who has insisted that schools must open on 28 July, yesterday ordered churches to stop using school premises for their services. He made the call in Parliament after being quizzed over safety measures put in place to prevent the spread of COVID-19 among learners.