Source: Mother elephant caught in poacher’s snare rescued after being found with a foot wound in Zimbabwe  | Daily Mail Online

A quick-thinking wildlife rescue team have saved an elephant’s life after it was spotted with a hunter’s snare attached to its leg.

The elephant, known as Martha, was seen with the looped piece of wire tightly cutting into her leg as she wandered the plains of Zimbabwe with her calf.

Catherine Norton, 58, a conservationist living in the country, was called to the Musango Island Safari Camp after the owner spotted Martha struggling to walk.

Norton said she and her team had to immobilise the elephant, saying the creature would have surely died without intervention. 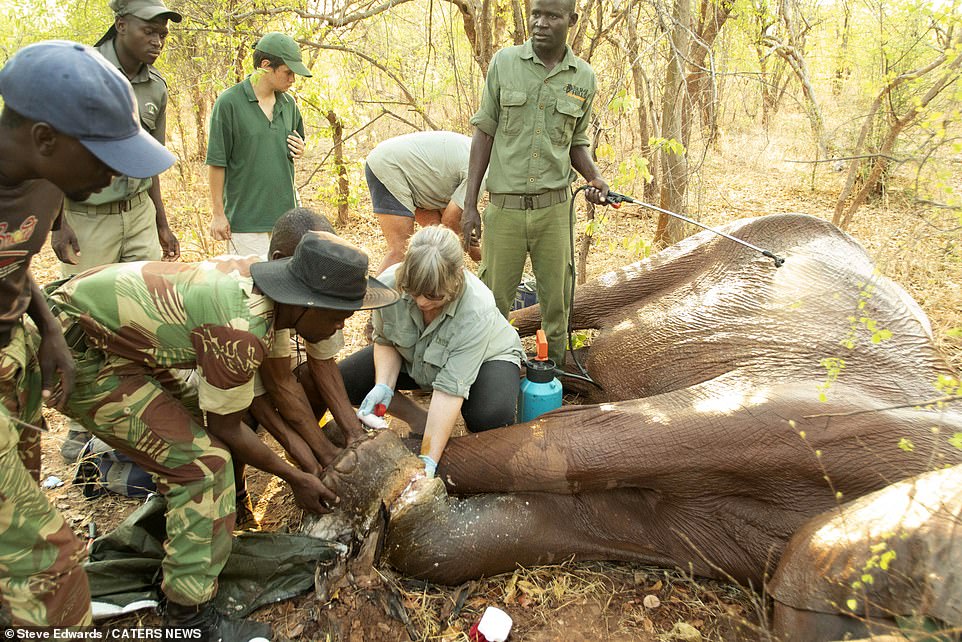 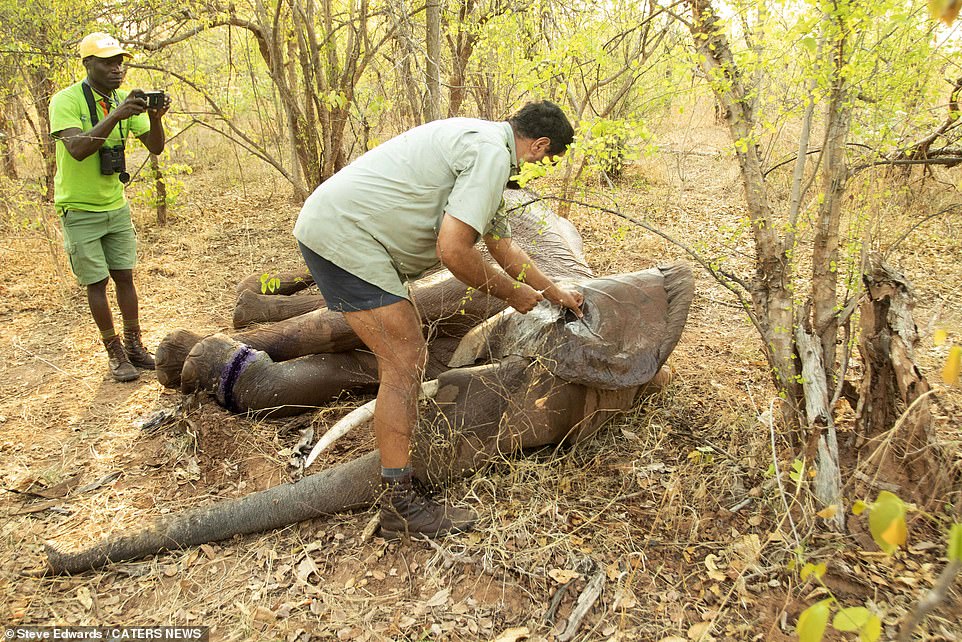 The elephant, known as Martha, was seen with the looped piece of wire tightly cutting into her leg as she wandered the plains of Zimbabwe with her calf 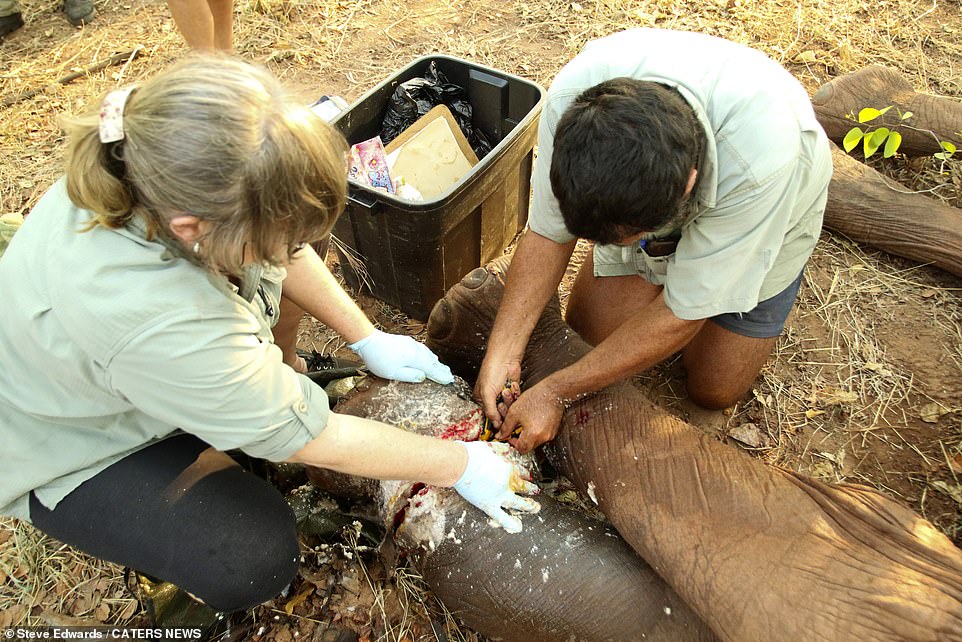 Norton, 58, a conservationist living in Zimbabwe, was called to the Musango Island Safari Camp after the owner spotted Martha struggling to walk. She said without the intervention of her team the elephant would have died

‘There was a wire snare digging deep into her left front leg, crippling her and causing severe pain,’ Norton said.

‘We had to clean the wound as it was infected, give her antibiotics and remove the snare with wire cutters.

‘It only took her a few minutes to come around but the outcome could have been so much worse.’

Norton said Martha’s calf was still completely dependent on her, meaning if her mother had died she would likely perish too. 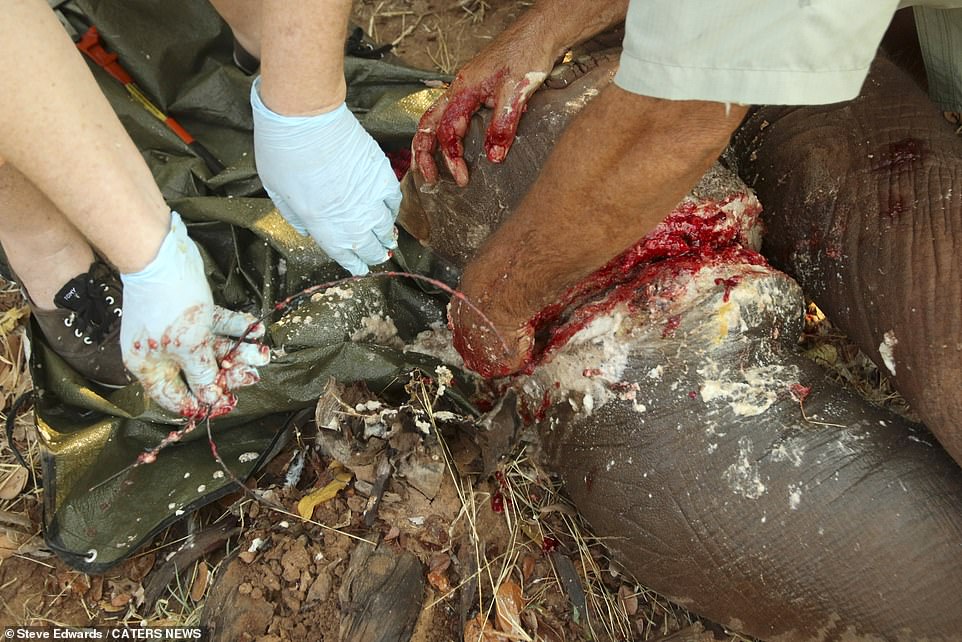 Norton holds the wire loop snare removed from Martha the elephant’s leg , which had become badly infected by the trap 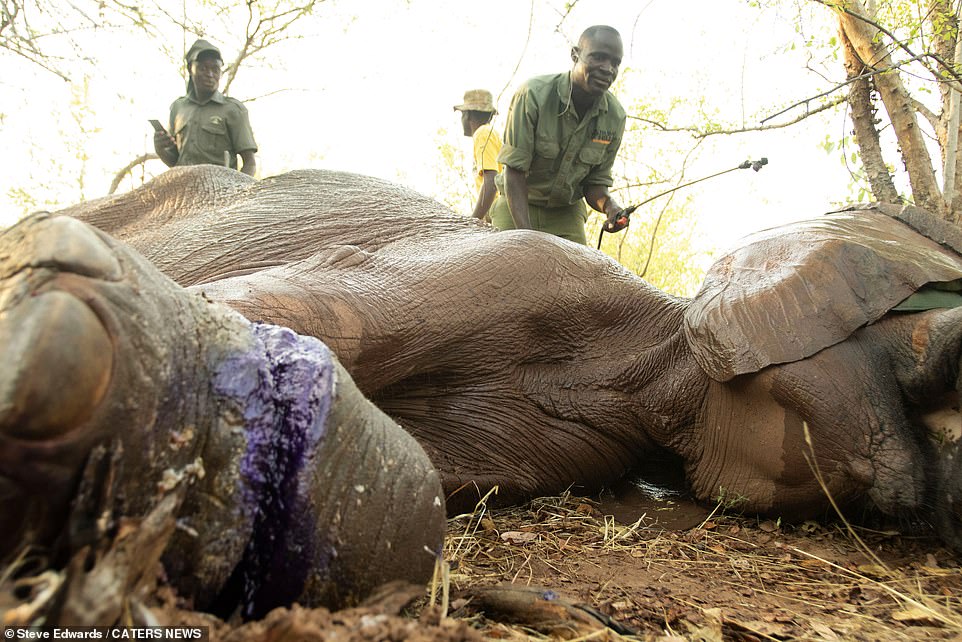 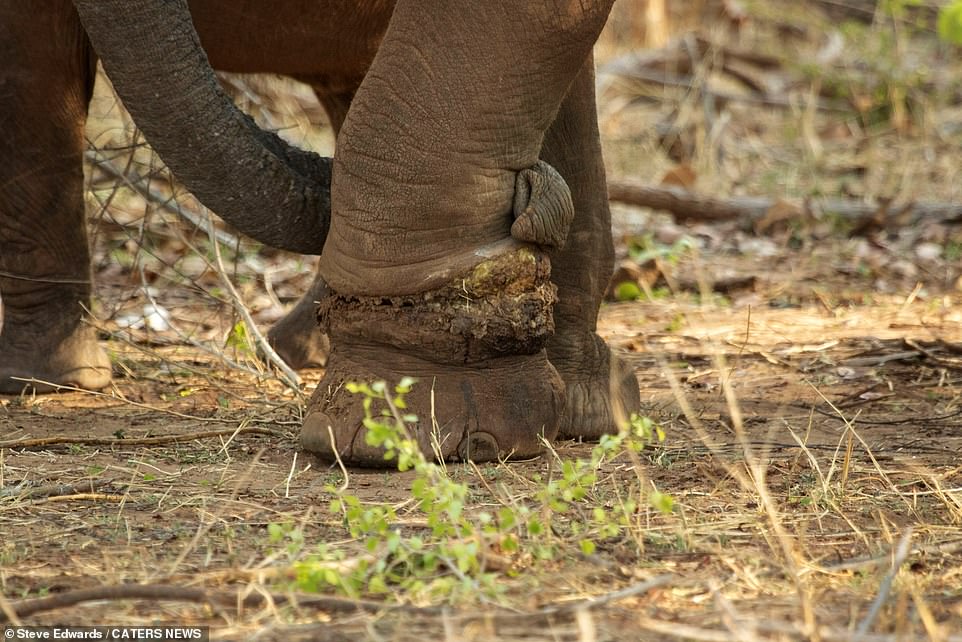 A trunk is wrapped lovingly around Martha’s healing leg following the removal of a snare left by a poacher. Rescuer Norton said that it only took the animal a few minutes to come back around after being immobilised to remove the snare

‘It shows how much damage can be done to an innocent animal with just one piece of wire,’ Norton said, adding that one poacher could set up to twenty snares a day.

‘Poaching isn’t just about shooting and axes,’ Norton said. ‘This method is just as cruel and equally deadly.

Wire snares like the one found around Martha’s leg are usually set to catch smaller animals around the neck, however large animals like elephants and rhinos can sometimes step into them.

In 2017, a lion in Zimbabwe was killed after being caught in a snare that reportedly cut into the animal’s stomach and tore open it’s neck. 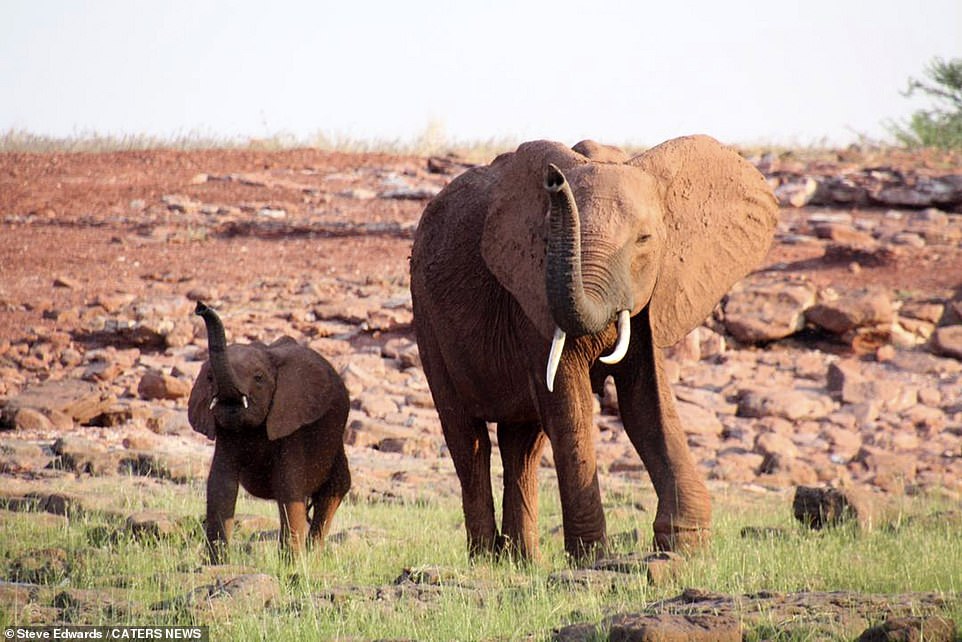 Large animals such as elephants and rhinos are vulnerable to snares even if the trap is intended to catch a smaller creature. Pictured: Martha with her calf after being rescued 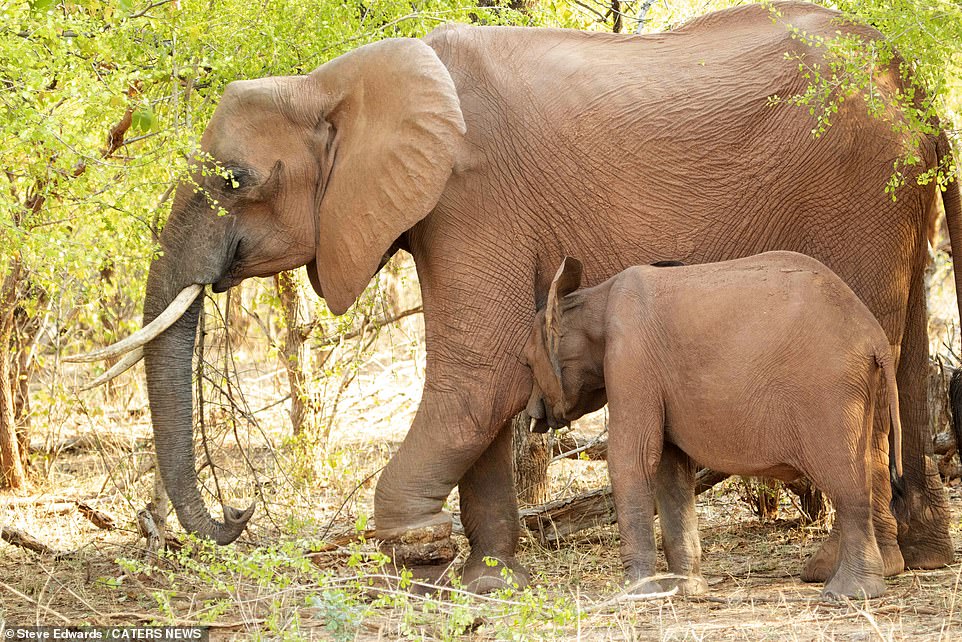 While elephants and other large animals are likely to be able to break the snare free from the tree or branch it was hung from, in the process they will pull the wire tighter around their leg causing painful constriction and infection. Pictured: Martha and her calf after the rescue If Martha’s snare was not removed, she would likely have died from the infection or have stopped eating and died. Her young calf – completely dependent on its mother – would also have likely perished. Pictured: Martha and her calf

Such snares are often set up along game trails and watering holes, according to the Lilongwe Wildlife Trust in Malawi, and are designed to catch specific animals.

Usually, they are suspended from small trees to trap an animal by the neck as it passes. The creature will then panic, pulling the wire tighter around its throat as it struggles to break free until it is asphyxiated and dies.

While bigger animals like elephants are strong enough to detach the snare from the tree or branch it is anchored to, this process often results in the wire being pulled more tightly around their leg.

The animal then is subject to constant painful constriction that causes swelling and infection. Animals in this state often die from infection or stop eating and starve.