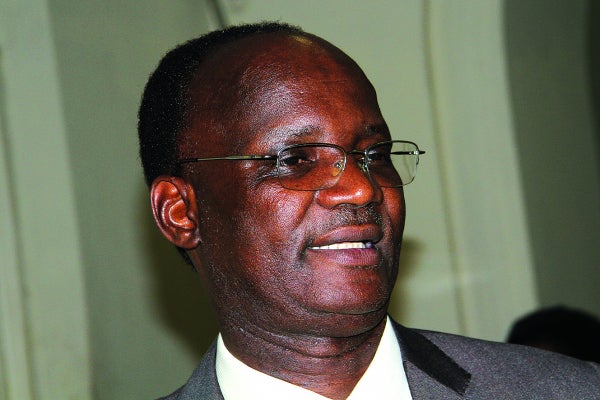 SELF-EXILED former minister and Zanu PF politburo member Jonathan Moyo is seeking to apologise to Vice-President Constantino Chiwenga after accusing him of using a ghost writer for his doctoral thesis.

On July 11, 2017, four months before Chiwenga led a coup that toppled long time ruler, the late Robert Mugabe, Moyo alleged that the then Commander of the Zimbabwe Defence Forces did not write the thesis for his doctorate from the University of KwaZulu Natal. Chiwenga sued and demanded $5 million in defamation claims.

But yesterday, Moyo’s lawyers confirmed the two parties were in touch over the matter with the hope of concluding it cordially despite it being before the courts.

Moyo’s lawyer, Chris Mhike of Atherstone and Cook said legal representatives of the respective parties were “still mutually and amicably seized with the matter, with a view to concluding it cordially.”

“It is highly regrettable that correspondence which was designed to be strictly private and confidential has been widely publicised on social media, apparently for mischievous and malignant reasons,” Mhike said.

“It must be noted that the High Court case remains pending, and is therefore sub judice. We are therefore unable to meaningfully comment on the issue. The furthest we can go at this stage, in terms of commentary, is to confirm that the legal representatives of the respective parties are still mutually and amicably seized with the matter, with a view to concluding it cordially.”
Chiwenga’s lawyer, Wilson Manase was not picking his calls yesterday.

Moyo and Chiwenga were embroiled in vicious clashes during the height of factionalism in Zanu PF between a faction aligned to then Vice-President Emmerson Mnangagwa under the moniker, Lacoste and another better known as G40 that coalesced around the former First Lady Grace Mugabe.

While Moyo was a key G4O proponent, Chiwenga was said to be the power behind the Lacoste faction led by Mnangagwa.

Chiwenga accused Moyo of being a war deserter who fled from the liberation struggle, a claim that angered the former Information minister.

“Finally, I’m happy that Chiwenga wants pre- and post-independence disclosures about who was who, who did what and so forth. That’s good.

“Meanwhile, I take that to mean he wants the disclosure of who contributed what to his doctorate and who really wrote his KZN PhD. Again, the Shona wisdom that kunyarara kurinani panekutaura, applies. #Handeitione,” Moyo said in the statement that triggered the lawsuit.

Moyo is now in exile after escaping the crackdown by the army during the coup that led to Mugabe’s ouster.