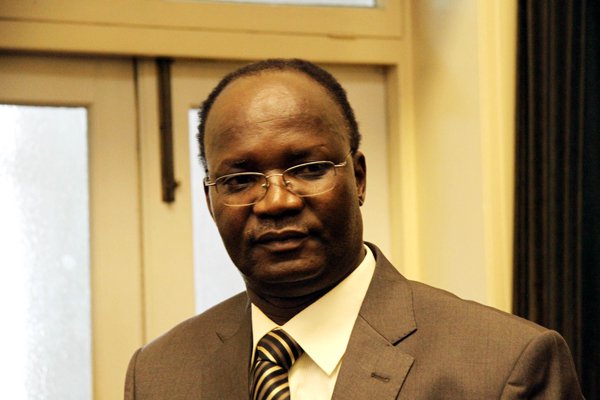 HARARE – Former Higher and Tertiary Education minister Jonathan Moyo has
lashed out at President Emmerson Mnangagwa, claiming the incumbent was
under a false sense of victory that would soon come to an end. 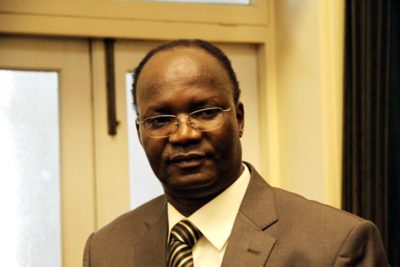 Currently in the sanctuary of self-imposed exile, Moyo warned Mnangagwa
that if he thought he has succeeded in taking over power, he has not seen
anything yet.

“Only an idiot would think it is smart for a genocidal junta to violently
shoot itself into power to install a fellow genocidal `gukurahundist’
under the mantra of stockholder entitlement,” he wrote on microblogging
site, Twitter.

“If you and your lot think that will last, then you ain’t seen nothing
yet; come rain or shine!” he continued on Thursday.

Mnangagwa was State Security minister during the Gukurahundi massacres and
has been alleged to have been the chief architect of the operation that
claimed more than 20 000 lives in Matabeleland and the Midlands regions
between 1983 and 1987.

Moyo’s father was allegedly killed in the decade-long crackdown on
dissidents in the southern provinces described by former president Robert
Mugabe as a “moment of madness”.

He has never forgiven Mnangagwa, who denies any wrongdoing.

The former Tsholotsho Member of Parliament also did not have any kind
words for the recently-appointed Cabinet, referring to it as a “Coup
Cabinet”.

“So General S.B Moyo who announced the `intervention’ on ZTV& misled the
world by claiming it wasn’t a coup, is one of the commanders in the
#CoupCabinet as minister of Foreign Affairs & International Trade. Even
#Nigeria didn’t have so many commanders in Cabinet in its coup days!” he
opined.

In September this year, Mugabe revealed that the tiff between Mnangagwa
and Moyo could be traced as far back as 2004 when the former Cabinet
minister was expelled from the ruling party.

This was the period when several Zanu PF provincial chairmen were
suspended for their role in a plot that became known as the “Tsholotsho
Declaration”.

Moyo had been the mastermind of the plot whose objective was to push for
Mnangagwa to replace former vice president Simon Muzenda, who had died a
year earlier.

Mnangagwa, who was the party’s secretary for administration, survived that
purge but was demoted to the post of Zanu PF secretary for legal affairs.

Since then, Moyo has been working against Mnangagwa’s presidential bid
under the banner of Generation 40 (G40), a faction that drew its support
from the young Turks in Zanu PF.

G40 suffered a major setback when the huge strides it had made were
reversed last month when the military intervened on behalf of the rival
Team Lacoste faction to pluck out “criminals” around Mugabe.

Moyo was one of the alleged “criminals” who skipped the country to escape
the full wrath of his pursuers.

As the G40 alliance crumbled like a deck of cards last month, their rivals
regrouped and ensured Mnangagwa who had been fired from Zanu PF before
making good his escape on fears that his life was in danger, ascends to
the highest office in the land.

Earlier in the week, Moyo came out swinging on micro-blogging site
twitter.

While congratulating Mnangagwa for going after individuals and corporates
that externalised foreign currency, he made disparaging statements
claiming the president should come clean on what happened in the
controversial Marange diamond fields.

Mugabe in February last year claimed government had not received
meaningful returns from the diamond fields and that the State could have
been prejudiced of $15 billion.

Readers are kindly requested to refrain from using abusive, vulgar,
racist, tribalistic, sexist, discriminatory and hurtful language when
posting their comments on the Daily News website.
Those who transgress this civilised etiquette will be barred from
contributing to our online discussions.