Moyo: This is why I want Old Mutual directors jailed for six months without option of a fine

Source: Moyo: This is why I want Old Mutual directors jailed for six months without option of a fine | Fin24 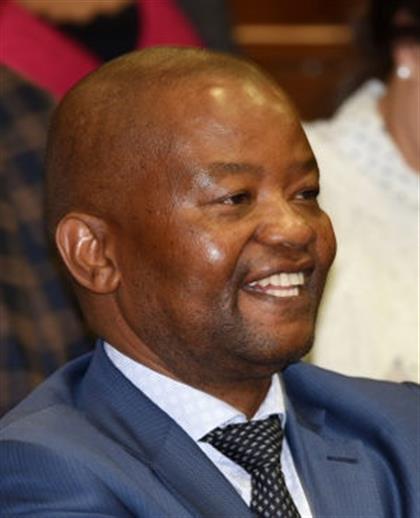 Axed Old Mutual CEO Peter Moyo during judgement in his case against the company in the South Gauteng High Court in Johannesburg. (Gallo Images/Business Day/Freddy Mavunda)

Axed Old Mutual CEO Peter Moyo says there is no punishment befitting Old Mutual directors other than six months’ jail time, without the option of a fine, on the contempt of court charges he lodged against them for disregarding a ruling that he be reinstated.

In an affidavit filed on Tuesday at the High Court in Johannesburg, Moyo said the insurance giant’s directors, including its chair Trevor Manuel, must be jailed “as punishment for their contempt of court without the option a fine”.

“A non-custodial sentence would be disturbingly inappropriate in this particular case,” reads the affidavit.

Old Mutual argued in its court own court papers, filed earlier in the month, that it is not in contempt of court for refusing to let Moyo return to work at his office. The group argued its relationship with Moyo had been “completely destroyed” with no chance of a future successful relationship.

Old Mutual has barred Moyo from returning to work following a court ruling granting him temporary reinstatement. The former CEO wants the court to make a ruling of contempt of court against the insurer and its directors, which has further strained relations between the erstwhile executive and the financial services giant.

According to Moyo, Old Mutual’s non-executive directors have shown unprecedented levels of contempt for court judgments, the judge assigned to the case and the rule of law.

The firm fired Moyo in June, after previously suspending him over an alleged conflict of interest and a breakdown in trust. On July 30, a court found his dismissal was unlawful and ordered his temporary reinstatement. But when Moyo arrived at the group’s head offices the next day, he was barred from returning to his office and carrying out his duties as CEO.

Old Mutual is appealing the reinstatement ruling. In August it served him with a “further notice terminating his employment”.

Moyo, in his affidavit, lists seven incidents that informed his contempt of court legal suit. These include:

Old Mutual, meanwhile, has argued that it is not in contempt of court for refusing to let Moyo carry out his duties as CEO. It has argued that after the first reinstatement ruling, it was not obliged to “received Mr Moyo into active service” and “carry out the functions contemplated in his employment contracts”. His second axing in August, meanwhile, was a separate legal act.

Moyo is demanding R250m damages from Old Mutual to cover the rest of his contract, which includes a R20m damages claim for loss of reputation.