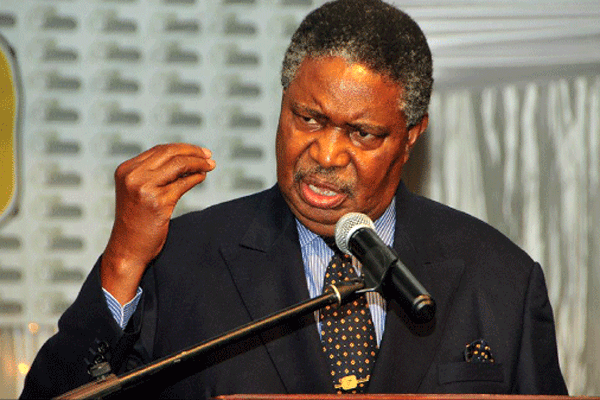 Parliament has referred Vice-President Phelekezela Mphoko’s National Peace and Reconciliation Bill to its legal committee after substantial amendments were made to it at the behest of opposition MPs.

MDC-T MPs led by the chief whip Innocent Gonese pushed for amendments to the proposed law as they sought to democratise the National Peace and Reconciliation Commission and give it the independence to function.

With less input from the Zanu PF MPs, the Bill moved from the committee stage of the second reading with amendments forcing the National Assembly to refer it back to the Parliamentary Legal Committee so that the constitutional wing of Parliament could test the amendments if they were in conformity with the supreme law of the land.

“The Bill is reported with amendments and referred to the Parliamentary Legal Committee,” Parliament announced on Thursday.

Mphoko in his capacity as Minister responsible for National Healing and Reconciliation tabled the Bill in the National Assembly for consideration and opposition lawmakers seized the opportunity to amend the proposed law to which the VP, who was represented by State minister in his office, Tabetha Kanengoni-Malinga, agreed to.

Among the key changes pushed by the opposition MPs was the provision of legal support to victims of political violence and empowerment of commissioners to tackle violence issues which most Zanu PF MPs have been accused of perpetrating.

“Thank you very much, honourable members, for your extensive debate. Upon reflection and listening to what you were all saying, I have decided to accept your recommendation and to remove what is stated on the second schedule and then to include that they (commissioners) must be employed according to general conditions of service,” Malinga told the MPs.

Before the buy-in from opposition MPs, some Zanu PF legislators had declared they would not support the Bill fearing that could open a can of worms against their rivals and push Zimbabwe into uncertainty.

Legislators such as Joseph Chinotimba, John Holder and others have vowed never to support the Bill saying it was retrogressive, but opposition MPs are backing it demanding more measures to fight political violence which normally affects their supporter.