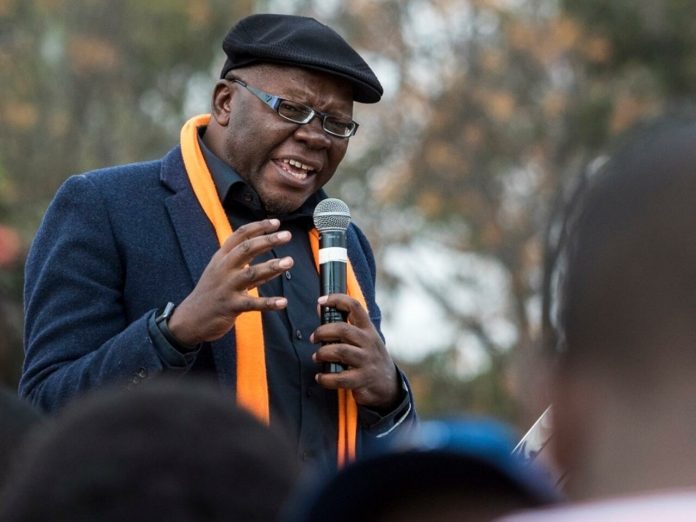 BY HARRIET CHIKANDIWA
AN OPPOSITION Member of Parliament has demanded that Finance minister Mthuli Ncube must issue a ministerial statement in the House explaining the state of the economy in the wake of soaring inflation and prices of selected basic goods now priced in United States dollars.

Raising the issue yesterday as a matter of national interest in the National Assembly, Harare East MP Tendai Biti (CCC) said: “The cost of living has risen, inflation has also risen up to 430%, and in the shops goods are now charged in US dollars.  This includes cooking oil, sugar and other things that are charged in US dollars while shops are refusing to accept local currency.

“I request the Minister of Finance to bring a ministerial statement to this House to explain the rising inflation and economy and the logic behind gold coins.”

Meanwhile, Citizens Coalition for Change (CCC) MPs have demanded that government must explain the apparent selective application of the law in the country after two of their Members of Parliament (MPs) Job Sikhala (Zengeza West) and Godfrey Sithole (Chitungwiza North) were arrested last month and have been denied bail for allegedly inciting violence.

Fresh charges of obstruction of justice were also raised against them on Tuesday. They have now clocked more than one month at Chikurubi Maximum Security Prison.

Kambuzuma MP Willias Madzimure (CCC) raised a matter of national interest with the deputy Speaker of the National Assembly Tsitsi Gezi saying the law was being applied selectively and opposition supporters were being treated like convicted criminals.

“We have seen a number of government institutions failing to protect the human rights and freedoms of people. There is a general deliberate way of making sure that the law is applied selectively, for instance, we have seen MPs from this House being taken to court in leg irons simply for re-tweeting a message. Not even one of them has been convicted.

His remarks were, however, quashed by Gezi who said:  “We cannot discuss issues that are before the courts. I urge you to raise a question to the responsible minister (Justice minister Ziyambi Ziyambi). Madzimure’s statement caused fierce interjections from other MPs, resulting in some of them being chucked out of the House.