Mr President, you have the keys to opening investment opportunities 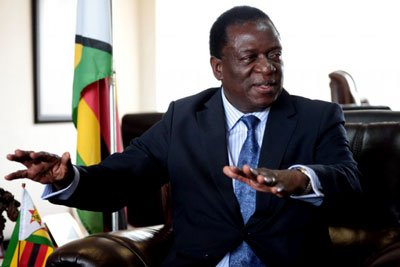 SINCE taking office after the 2017 coup, President Mnangagwa’s administration has rallied behind the theme: “Zimbabwe is open for businesses.”

This has hardly yielded any tangible results and if anything, public opinion suggests that Zimbabweans are in a worse off position than they were prior to the coup and investors have not come flocking in as claimed previously.

In my view, the reason for this is that government has failed to read the signs of an investor friendly country and furthermore, has failed to get the basics of investor confidence right.

There are many economic reasons why Zimbabwe is in the mess it is, and these have been articulated by various economists.

It’s not my plan to engage on these, but one common aspect that keeps being flagged as a precondition for engagement and investor confidence is the rule of law.

The rule of law, at its simplest, means that all individuals are subject to the law and that it must be adhered to by all. In terms of the traditional rule of law theory, where there are laws, they must be followed and nobody, including members of the Executive, is exempted from the law.

Additionally, orders of the courts must be respected. In our Constitution, the rule of law is both a founding value and principle of the Republic.

One of the biggest challenges in Zimbabwe under former President Robert Mugabe’s administration was the erosion of the rule of law.

This was manifest through the wanton disregard of laws, including those relating to property rights and freedom from torture.

Court orders were of little effect in most cases as the Zimbabwe Republic Police and other arms of the State ignored these.

Who can forget the numerous land invasion cases that were decided in favour of farmers, but were dismissed and condemned by the former President and his government?

Or the orders to reinstate mayors that were ignored by government? Who can forget the forced evictions on Arnold Farm in Mazowe, contrary to a court order?

The lengthy and unlawful detention of Zipra supremo Dumiso Dabengwa and others in the 80s and the deportation of two journalists, Winter and Andrew Meldrum, who were cleared of wrong doing by the courts, but remained guilty in the eyes of the government, comes to mind

An entire thesis can be written on what the previous administration did to erode the rule of law, but the ‘new dispensation’ is proving no different and at this rate it may well beat the track record held by the Mugabe administration (hard to separate the two since a lot of people have served under both administrations including the President himself).

I must admit to having had hopes that things would be different, but alas, not a week goes by without the Constitution being undermined and the rule of law ignored. Let’s place this in context with some examples to show what I mean.

It is now common cause that Parliament as the primary law maker, is the only competent body to amend primary law (statutes) and the Constitution is clear on this, but the President continues to use constitutionally repugnant laws like the Presidential Temporary Measures Act to amend laws.

The first challenge is that the Act confers the power to make regulations, but the President has, in some cases, used it to do more than that and secondly, the only proper way to amend legislation is for Parliament to do so since it enacted the laws.

This is a clear breach of our separation of powers doctrine which the country is founded on.

The security sector has embarked on a series of unlawful detentions and arbitrary arrests, contrary to the dictates of the rule of law and the Constitution.

The Human Rights Commission has already released a report on these and other issues despite the government’s denial of these acts.

The number of acquittals and the flimsiness of the charges brought against many individuals arrested during the #ShutDownZimbabwe protests is evidence of the arbitrary nature of the arrests.

The Motlanthe Commission indicated in no uncertain terms that the State’s response to the protests was both disproportionate and incompatible with the law. This has not ceased and if anything, there has been a heightened degree of continued disproportionate and lethal force by State security agents. Not only is this contrary to our Constitution, but to international law.

Instead of condemning the acts by those involved, the President has now seemingly endorsed it and threatened more for future protests, which he believes are caused by a third hand bent on removing him from office. Regrettably, the government has rubbished the report released by the Human Rights Commission, an independent constitutional commission, which is mandated to investigate human rights abuses. This too shows a disregard for the law since s235 of the Constitution is clear that the commission must be respected and allowed to work without interference. In fact, s244 of the Constitution places the government under a responsibility to action reports from the commission and to ensure that it informs it of measures it will take to remedy violation of rights reported by the commission.

Speaking of the army, there is still the question of the unlawful deployment of the forces around the country in violation of s213 of the Constitution, which requires the President to inform Parliament of where and why the army is deployed, whenever it is. Opposition legislators have raised this question, but the ministers seem to duck and dive and avoid the question altogether.

Since the rule of law requires an adherence to and respect of the law, a misuse of the law is a violation of the rule of law, yet the government has, on several occasions, made such blunders. One recent example is the appointment of the Prosecutor-General. His appointment is technically invalid on the basis that the President did not follow the set-out process and procedure once he rejected the first submitted names. Embarrassingly, during the last protests, the government purported to have a legal basis to shut down the Internet or restrict access by relying on the Interception Act. Not only does the Act not speak to the kind of power the government believes it had, but it was exercised by the wrong functionary as the High Court later declared. All these are indications of a government that is at odds with the rule of law.

One major thing that investors are attracted to is the existence of a functional, stable and reliable legal system because they can be guaranteed that should a dispute arise, it will be resolved fairly and in accordance with the country’s laws. Currently, there is no legal certainty on the enjoyment of rights because this depends on the government, ultimately. This is undesirable. We have seen that court orders are of little value in most cases where government is involved. The State security apparatus ignores these orders and, therefore, there is sometimes no enforcement of judicial orders. All these factors make it difficult for anyone to seriously invest in Zimbabwe. After all, history has shown that government, through its various agencies and regulatory groups, can ultimately frustrate a business or force it to close down if it does not meet its terms. There is no point in globetrotting and asking for investors to invest when the fundamentals of business do not exist. What guarantees do investors have that their investments are protected from government abuse or arbitrary forfeiture? How do they know that government will not unilaterally acquire interests in a company or interfere with its management? These are the basics that any investor is likely to ask before considering investing. If government cannot commit itself to the rule of law, then Zimbabwe is certainly not open for business…just saying!