Mthuli Ncube’s back and forth bad for economic recovery

Source: Mthuli Ncube’s back and forth bad for economic recovery – The Zimbabwean

Finance Minister Mthuli Ncube turns out to be the biggest flip flopper, he is an ingredient to the administration’s failure to build confidence domestically and internationally. 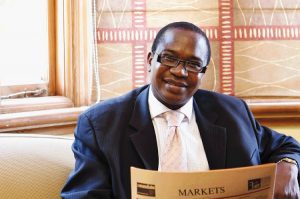 The hallmark of a functional modern economy is that of policy clarity and consistency, the MDC has made this point over and over again. In just under six months, Mthuli has made major policy announcements and then reversed them, some were even reversed within days, a worrying trend and a continuation of the old order.

Before his appointment, he made a pledge that he would jettison the bond note and promised to deal with the issue within the first three months of his tenure. He then reversed his statement implying that the surrogate currency will stay – a shocking U-turn which otherwise exposed his misunderstanding of state craft.

More importantly a smart guy would have known that the political economy of patronage in Zanu PF needs the printing press up and running to monetize its elastic expenditure.

A few days later the Minister addressed Chatham House where he announced that the Bond Note was not at par with the US dollar.

Mthuli has since backtracked from this position owing to pressure from Zanu PF hardliners. Such kind of weakness is not ideal for a Zimbabwean Finance Minister, a man who should be at the centre of arresting expenditure when the appetite to spend is high.

The man has also made varying statements concerning loan facilities. These statements range from securing a $2 billion dollar cover which turned out to be $500 million. This without mentioning that in the middle of the announcement, the truth was that negotiations were still ongoing.

Then came the vacillation around the exorbitant taxes with revisions done countless times.

A few days ago Mthuli told the nation he had released $60 Million to deal with the fuel crisis which is in contrast to the previous government announcement that millions of liters had been secured, which are only going to be paid for after a year.

This policy discord does not help improve the profile of the nation especially the image of the administration.

During the budget presentation, there were promises of retrenchments with the view to reduce expenditure. Shockingly the Minister has reversed his statements highlighting that the government had no money to pay exit packages.

He is the same guy who hired Acie Lumumba and then reversed his controversial decision within days.

The MDC is of the view that decisions including that of a Minister of Finance must:

Behold the New. Change that Delivers