Muchinguri speaks out‘. . . spouses should not dictate pace in politics’ 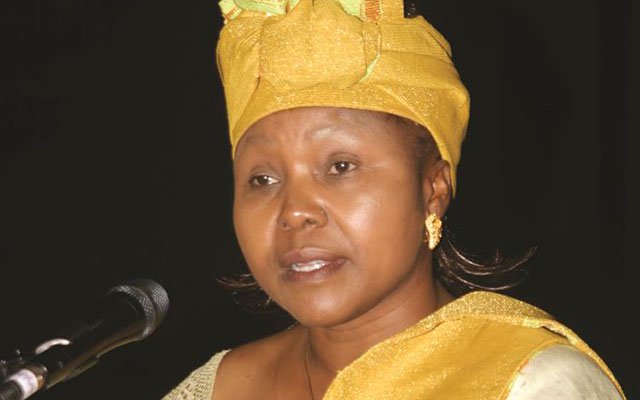 Source: Muchinguri speaks out‘. . . spouses should not dictate pace in politics’ | The Herald November 27, 2017

Addressing a provincial co-ordinating committee (PCC) meeting at Mutare Polytechnic yesterday, Cde Muchinguri-Kashiri, said: “By allowing his wife to have an active role in politics, Cde Mugabe plotted his own down- fall.

Cde Muchinguri-Kashiri added: “I think it was a lesson to all that we should not allow our spouses to dictate the pace in politics. It is a shame that some churches were allowed to be used to preach the hate gospel at their gatherings. A person with a degree will not act that way.”

On why she had relinquished her post as the Secretary for Women Affairs to Mrs Mugabe, Cde Muchinguri-Kashiri said she had been pressured to do so by a lot of people.

“Some people are asking why I relinquished my position to Grace Mugabe in the first place, but I want the truth to be known now,” she said. “I received so many visitors in 2013 ahead of our last Congress asking me to consider relinquishing my post for Mrs Mugabe. Some of them literally knelt before me.

“After serious consideration, I relinquished the post because the pressure was just too much and little did we know that we were creating problems for the party. This was a well-orchestrated move by the G40 because they knew that if Grace Mugabe becomes part of their cabal, it was easy to deal with Cde Mugabe because of his advanced age.”

“I know some of you were persecuted by the G40 cabal, but we should all show maturity and move forward,” she said. “Yes, we know that some people were fired from their positions on factional lines.

“As we move forward, we should correct these anomalies, but we should not fire people from the party. We do not want indiscipline in Zanu-PF. As we restructure, we should never allow nepotism. Positions should be given on merit.

“We should look for serious people to occupy key positions, not what we were witnessing being done by the G40 people. At one time I asked myself if we had seriously run out of leaders in Manicaland, especially the Women’s League. People like Mai Undenge are known for their MDC links in Bulawayo, but you were now saying they should lead you.

“You should not allow yourself to be used by people without any track record. Some of the money that was being splashed around was obtained corruptly and we will move to address that.”

Speaking at the same occasion, Zanu-PF Secretary for Legal Affairs Cde Patrick Chinamasa said if people had voted Cde Mugabe as the party’s First Secretary and President at the forthcoming Extraordinary Congress, they would have voted for Mrs Mugabe to take over as President.

“When Cde Mugabe won the 2013 elections, we realised that power was now vested in his wife,” he said. “Some of the things that we agreed in the Politburo and Cabinet were being reversed by the then First Lady.

“Some ministers were making a beeline to Mazowe for briefings by Mai Mugabe. We realised that we were not going anywhere with such kind of leadership, the reason why we decided to act this year.

“We cannot have a leader who is known for shouting at people and causing divisions. The so-called Youth Interface rallies were destroying the party. These were well calculated to fire Cde Emmerson Mnangagwa from the party.

“We were also fired on the behest of Mrs Mugabe. We said enough is enough, the country cannot be led by a person who was not elected by the people.”

Newer Post
Mnangagwa Says: “We Should Never Remain Hostages To Our Past,” Without Reforms, We Will!
Older Post
Chombo warned a year ago