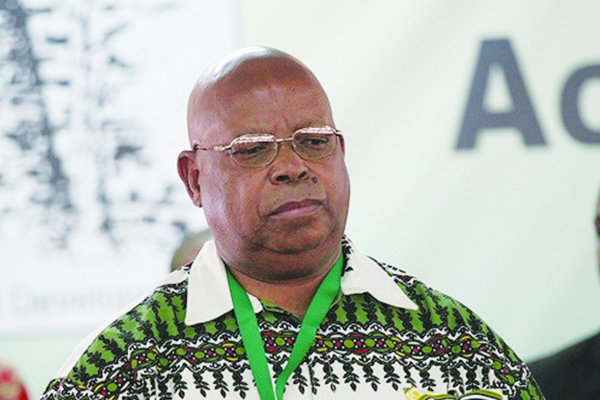 The circus in the opposition is not showing signs of ending soon, with the latest act being that of the MDC-T accusing the Speaker of the National Assembly Jacob Mudenda and Senate President Mabel Chinomona of dragging their feet in recalling two legislators from the party that was briefly led by Thokozani Khupe.

Following her fallout with other members of the MDC-T, Khupe led a faction of that party that contested the elections as MDC-T.

But following a Supreme Court ruling that voided Nelson Chamisa’s rise to the helm of MDC-T and subsequently the MDC Alliance, Khupe has claimed to be the leader of the opposition party, leaving her two legislators in somewhat of a sticky position.

On the other hand, the MDC-T, which Khupe reportedly says was dissolved in the wake of the Supreme Court ruling, insists that it has a right to recall its legislators.

Following the courts’ ruling, MDC-T secretary general Nixon Nyikadzino issued a statement disowning Khupe arguing that she had expelled herself from the party by associating herself with 2014 structures.

In addition, Nyikadzino said they were a new party and were formed in 2018, with absolutely nothing to do with any other party.

Nyikadzino then wrote to Mudenda and Chinomona on April 28 and May 5, respectively recalling Priscilla Misihairambwi-Mushonga from the lower house and Senator Mildred Reason Dube.

However, his efforts appear to have hit snag, as Mudenda and Chinomona were seemingly dragging their feet on the issue.

This has prompted MDC-T to approach their lawyers, Ncube and Attorneys Legal Practitioners to write to Mudenda and Chinomona respectively to effect the recalls.

“We write to to follow up and request your good office to act as per the instruction from our client in a previous letter recalling Hon Priscilla Misihairambwi from representing the MDC- T as a Member of Parliament under our party list for Bulawayo province, ” reads the letter dated May 27.

To add to the intrigue, Douglas Mwonzora and Morgen Komichi say they have assumed their positions in MDC-T and are now recalling legislators who were voted into office on an MDC Alliance ticket.