National Assembly Speaker, Jacob Mudenda, says any political parties that would be less than six months should be banned from contesting in elections. 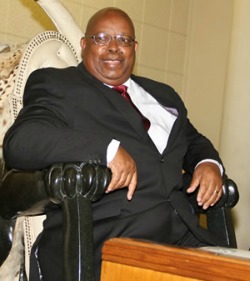 Mudenda said banning political adventurers from contesting in elections will protect the electorate from being abused. He said:

However, it is critical that the electoral law addresses the tendency of a plethora of political parties soon after the Presidential Proclamation to hold harmonized general elections.

In 2018, 133 political parties sprouted like the summer mushrooms to contest the elections. This spectre is uncommon in the electoral world.

Our electoral law must guard against such political misadventure which is likely to abuse the unsuspecting electorate.

The electoral law should insist on bona fide parties that have authentic credentials and have at least been founded six months before the election date.

What more of the 23 candidates who aspired to contest for the Presidential Office in 2018!

Surely this high office demands candidates of serious conviction and stature and not the trial-and-error opportunists.

The envisaged electoral law should address this political leadership lacuna among the Presidential aspirants.

Such a screening process would ensure that the ZEC allocated funding will not be unnecessarily crowded out.

More than 20 parties have emerged over the past few months, all intending to contest in 2023. Some of the political parties are based outside the country.

Ironically, the Citizens Coalition for Change (CCC), which was formed less than three months before the 26 March by-elections, won the majority of the parliamentary and council seats.