Botswana will no longer recognise refugees from Zimbabwe who entered the country in 2008, claiming they were fleeing political violence. 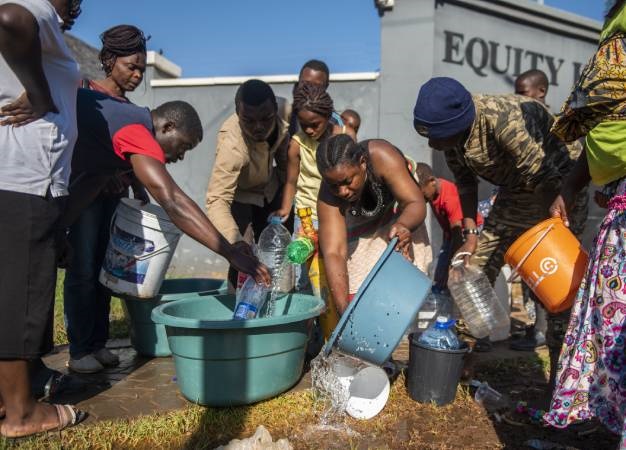 Botswana no longer recognises political refugees from Zimbabwe who came into the country in 2008 on the basis that they were fleeing political violence during the Robert Mugabe years.

This comes after five refugees attempted to challenge in court their deportation by Botswana’s Ministry of Defence, Justice and SecuritIn January 2020, the UN High Commissioner for Refugees (UNHCR) said the refugees were no longer at risk, paving the way for Botswana to allow about 300 Zimbabwean political refugees, and some army deserters, back home to register for voluntary repatriation.

But a group of five led by Terence Charuma took their matter to court, arguing that some who had returned home were being targeted and detained by the regime.

In refusing to hear their case in the Gaborone High Court, Justice Michael Leburu poked holes in their application. Particularly that they had waited for more than a year before approaching the courts about their imminent deportation, so they had done so as illegal immigrants who should have by law left the country.

“No explanation for such a prolonged lull (in court appealing) has been advanced by the refugees. Cumulatively, the delay of about a year and a half is unreasonable,” Leburu said.

When the UNHCR said the refugees were safe to return home, they launched a bid to stay in Botswana through a petition to the UNHCR head office in Geneva, Switzerland.

But, with Dukwi Refugee Camp protection officer Olivia Mugambi and Zimbabwe’s ambassador to Botswana Batiraishe Mukonoweshuro agreeing that it was both Gaborone and Harare’s wish to “have Zimbabweans in Zimbabwe”, their case became complicated.

Leburu said that with a reputable international organisation and governments from both countries agreeing that it was safe to return home, it was up to the applicants to prove them wrong. However, in their submission, they had failed to mention any incidents where returnees had been persecuted.

“The other potent and cogent reason why the applicants’ prospects of success in the main review application are dim and vulnerable is that the Minister’s decision to revoke the applicants’ status was given deferential imprimatur by UNHCR which is a highly competent, impartial, and specialised organ of the United Nations that deals with issues of refugees,” the judge said.

The group of five’s whereabouts in Botswana were unknown, since they were not at the Dukwi Refugee Camp or a designated repatriation facility, making them illegal immigrants. Therefore, they had no legal basis to be approaching the courts, Leburu said.

“… wherever they are, they are at the said place illegally, hence they cannot seek the court’s indulgence.”

In April, Botswana deported 57 Zimbabweans who had failed to register for voluntary repatriation. A few weeks earlier, 200 who registered for repatriation returned home. Others have since gone into hiding.